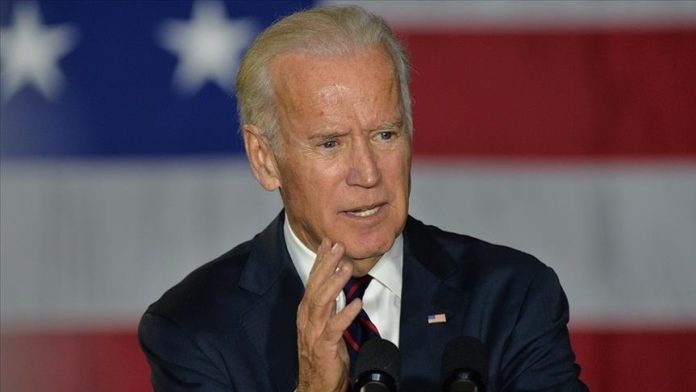 US President Joe Biden on Wednesday officially announced that American troops will return from Afghanistan on Sept. 11, saying “It is time to end the forever war.”

Speaking at a White House address on his plan about the troop withdrawal from the US’ longest war, Biden said Washington’s diplomatic and humanitarian work will continue and it will support the Afghan government while the US will not stay involved militarily.

“We went to Afghanistan because of a horrific attack that happened 20 years ago, that cannot explain why we should remain there in 2021,” said the president.

Biden said the US will also ask help from other countries in the region to support Afghanistan, especially, Pakistan, Russia, China, India and Turkey.

“They all have a significant stake in the stable future for Afghanistan,” said Biden.

The president also said the US has service members on duty in Afghanistan today, whose parents served in the same war.

“The war Afghanistan was never meant to be a multi-generational undertaking. We were attacked. We went to war with clear goals. We achieve those objectives and [Osama bin] Laden is dead. And al-Qaeda degraded in Iraq and Afghanistan, and it’s time to end the forevermore,” he concluded.

Biden also spoke with Afghan President Ashraf Ghani on Wednesday and affirmed the “U.S. support for continued development, humanitarian, and security assistance in Afghanistan and for a political settlement that lets the Afghan people live in peace,” said the White House.