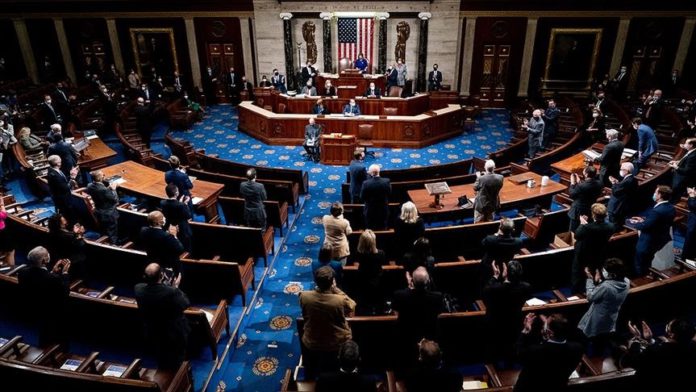 President-elect Joe Biden formally became the 46th president of the US early on Thursday after Congress certified the votes of the Electoral College.

Before the landmark confirmation, Congress had rejected some lawmakers’ objections to Pennsylvania and Arizona’s electoral votes.

When supporters of President Donald Trump protesting the certification of Joe Biden’s presidential win made their way on Wednesday to the Senate floor after clashing with police and breaching the Capitol building, Senators were debating an objection to Arizona’s election results.

After lawmakers later returned to the Capitol to continue counting the votes, a total of seven senators sustained their objection to certifying Pennsylvania’s votes in the Senate with a 92-7 vote.

While the House of Representatives voted 282-138 to reject objections against Pennsylvania’s certification, it also voted 303-121 to reject the Senate’s 93-6 objection against Arizona’s electoral votes.

No US Senator has joined the House Republicans’ objections against Wisconsin’s electoral votes, which ended any further debate for GOP lawmakers planning to challenge the results of the 2020 Presidential vote.