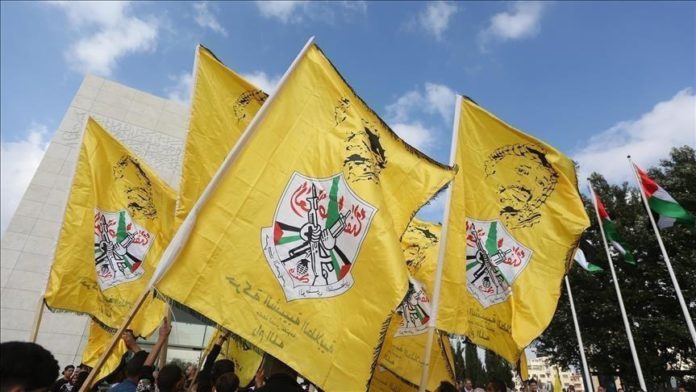 A top Palestinian official criticized US President Joe Biden’s policy on the Palestinian issue, saying he is “no different” from his predecessor Donald Trump.

Sabri Saidam, a member of the Central Committee of the Fatah movement, said Biden has “surrendered” to the Israeli “oppression” of Palestinians.

“The Palestinian leadership wants actions, not words, from the Biden administration,” Saidam told Anadolu Agency in an interview.

He said the Palestinians view the Biden administration as the “second generation” of the so-called “Deal of the Century,” referring to a political plan put forward by Trump to end the conflict, which Palestinians strongly rejected.

Saidam said Washington under Biden has only offered Palestinians “lip service” without any tangible change in policy, with the exception of the return of financial support to the UN agency for Palestinian refugees UNRWA.

The US is the UNRWA’s largest donor but funding was cut by Trump in 2018 before Biden restored it last year. The agency supports thousands of Palestinians living in the West Bank, Gaza Strip, Jordan, Syria, and Lebanon with schooling, health services, and food security.

“There is a verbal positivity at the level of the relationship with the US,” Saidam said. “What we’re witnessing is a sport of words … the result is zero so far.”

According to Saidam, what the Palestinians demand the most is the relaunch of the peace process with Israel on the basis of the two-state solution.

Peace talks between the Palestinians and Israel collapsed in 2014 due to Tel Aviv’s refusal to release Palestinian detainees and stop building settlements.

He said Biden expressed support for the resumption of peace talks but is yet to take any practical steps on the matter.

Biden has also failed to deliver on his promise of reopening the Palestine Liberation Organization (PLO) office in Washington and the US consulate in East Jerusalem, both of which were closed by Trump.

He warned that Israeli politicians, military, and settlers have united against “everything that is Palestinian,” adding that Palestinians “have no choice but to return to unity to confront these extremist gangs.”

Saidam said Fatah, which is led by Palestinian President Mahmoud Abbas, wants to “clear” internal differences within the movement and reach a comprehensive reconciliation with Hamas.

“We want to overcome all challenges, whether within the PLO or with other factions, through a consensus formula on which all factions are united and to start working on having them join the PLO,” Saidam said.

The Hamas and Islamic Jihad factions are yet to join the PLO, demanding extensive reforms as a precondition.

“What unites us with Algeria is its love for Palestine and its desire to overcome tensions and achieve reconciliation, and we see it as a comfortable circle through which we can work and form a collective position for the Palestinians,” Saidam said.

The Fatah official stressed the need for all sides to “overcome obstacles in order to achieve reconciliation.”

A political and geographical division has prevailed in the Palestinian territories since 2007, a year after Hamas won legislative elections in the Gaza Strip.

Fatah has since ruled the West Bank, while Hamas took control of the seaside enclave. Many efforts have failed so far to end the rift between the two rival movements.