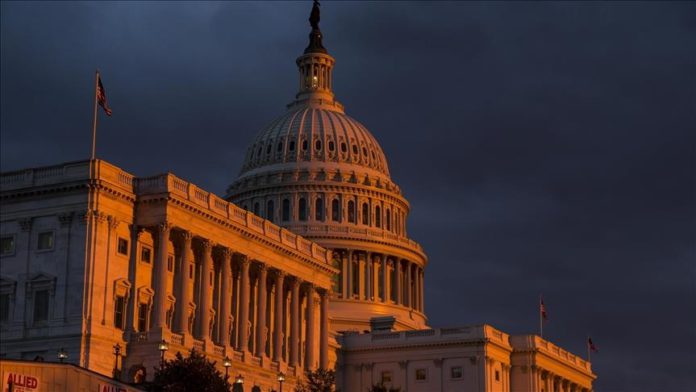 US President Joe Biden met behind closed doors with a bipartisan group of senators to address concerns that Russia is preparing for an invasion of Ukraine, the White House said Wednesday.

The group of lawmakers included seven who recently returned from Ukraine where they met President Volodymyr Zelensky.

Spokeswoman Jen Psaki said the president and senators “exchanged views on the best ways the United States can continue to work closely with our allies and partners in support of Ukraine, including both ongoing diplomacy to try to resolve the current crisis and deterrence measures.”

“President Biden commended the strong history of support for Ukraine from both sides of the aisle, and agreed to keep working closely with Congress as the Administration prepares to impose significant consequences in response to further Russian aggression against Ukraine,” she added in a statement.

Russia’s military buildup along its border with Ukraine totals more than 100,000 troops alongside a significant deployment of artillery and armored vehicles. The Kremlin has denied allegations that it is preparing for an invasion, maintaining its troops are there for exercises.

The US and its European allies have warned of “devastating” economic sanctions should Russia again invade Ukraine following its illegal annexation of Kyiv’s Crimean Peninsula in 2014. That year also saw Moscow begin its support for separatists rebels in eastern Ukraine, a policy it has continued for eight years.