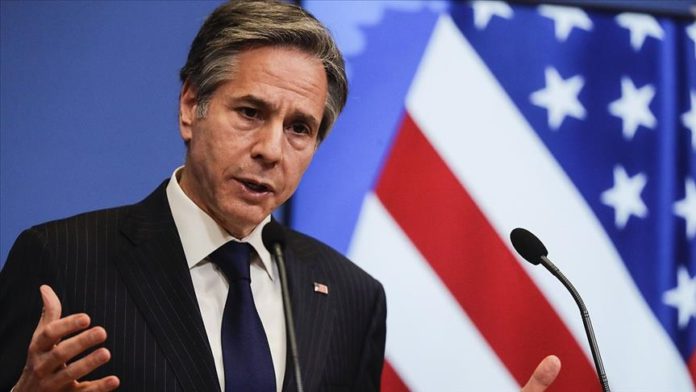 China’s growing influence in Hong Kong invalidates the preferential treatment it used to receive from the US, the Biden administration told Congress on Wednesday.

Holding with the position of the Trump administration, Secretary of State Antony Blinken said Beijing has increasingly worked to erode Hong Kong’s semi-autonomous legal status, effectively nixing the autonomy it is meant to enjoy under past agreements.

“Over the past year, the People’s Republic of China (PRC) has continued to dismantle Hong Kong’s high degree of autonomy, in violation of its obligations under the Sino-British Joint Declaration and Hong Kong’s Basic Law,” Blinken said in a statement.

The comments come as the top diplomat submitted to Congress the annual Hong Kong Policy Act report in which the administration is supposed to determine whether Hong Kong warrants preferential trade and economic treatment it had enjoyed under US law.

The status can only be certified if the administration determines Hong Kong continues to enjoy the autonomy guaranteed under the agreements mentioned by Blinken.

In what advocates says is China’s latest attempt to rein in the territory, Beijing on Tuesday approved an overhaul to Hong Kong’s elections system, including changes in the selection process of the territory’s chief executive and legislative council.

The amendments affect the method for the selection of semi-autonomous region’s chief executive and the formation of the Hong Kong Legislative Council, or LegCo, and its voting procedures, according to a statement by China’s State Council Information Office.

A new committee will also be set up to vet all candidates for future Hong Kong elections, as part of steps that Chief Executive Carrie Lam said “will weed out any non-patriots.”

Under the new system, the LegCo will be expanded to 90 members, from the current 70.

However, the number of people directly elected to the council will be cut from 35 to 20, while 40 members will be appointed by the Election Committee and 30 coming from “functional constituencies.”

The law, implemented in response to massive unrest and anti-government protests that erupted in 2019, drew widespread international criticism, including from the US, UK, Australia, New Zealand and Canada.

Blinken mentioned the security law and electoral overhaul, as well as arbitrary arrests, political prosecutions and what he called a “de facto ban on demonstrations” in an accompanying report.

“We will continue to call on the PRC to abide by its international obligations and commitments; to cease its dismantlement of Hong Kong’s democratic institutions, autonomy, and rule of law; to release immediately and drop all charges against individuals unjustly detained in Hong Kong; and to respect the human rights of all individuals in Hong Kong,” he said.