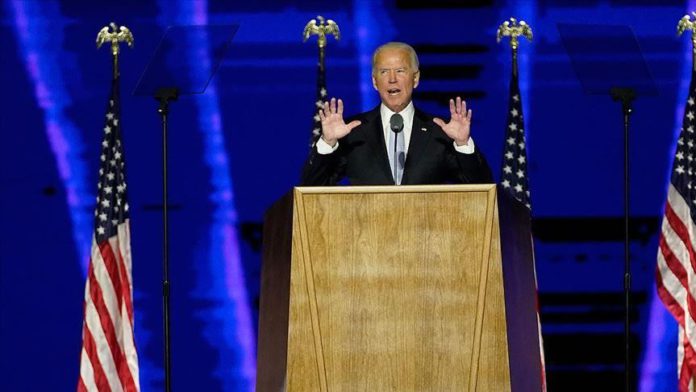 US President-elect Joe Biden announced Monday the launch of a group of public health experts to advise him on how best to rein in the coronavirus pandemic.

“This group will advise on detailed plans built on a bedrock of science, and keep compassion, empathy and care for every American at its core,” Biden said during a news conference.

“It’s time to put aside the partisanship, and the rhetoric that is designed to demonize one another. It’s time to end the politicization of basic responsible public health steps like mask wearing and social distancing,” he added.

Biden said that his efforts are going to prioritize the communities that have been hardest-hit by COVID-19, including Black Americans, Latinos and Native Americans.

Biden’s team will be led by three co-chairs, Drs. David Kessler, Vivek Murthy, and Marcella Nunez-Smith. Kessler previously headed the Food and Drug Administration, Murthy was formerly surgeon general while Nunez-Smith is an associate professor of internal medicine at Yale.

The group will also include Rick Bright, the former director of the Biomedical Advanced Research and Development Authority, who alleges his early warnings about the pandemic went unheeded by the Trump administration.

The US outbreak continues to worsen with daily confirmed cases surpassing 100,000 since last week.

Nearly 10 million people have contracted the virus in the US, and nearly 238,000 have died, according to a running tally being compiled by Johns Hopkins University.

Malaysian group urges Biden to end US support to Israel