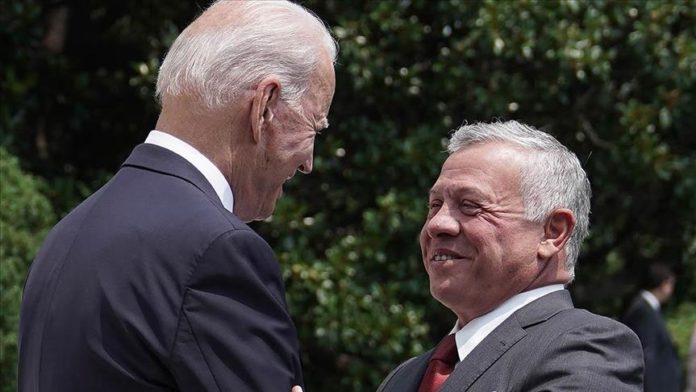 US President Joe Biden and Jordan’s King Abdullah discussed on Friday exacerbated tensions in Israel and the occupied West Bank.

The leaders consulted on efforts to ” to stem violence, calm rhetoric and reduce tensions in Israel and the West Bank,” the White House said in a statement after Abdullah sat down with the president behind closed doors at the executive mansion.

“The President affirmed his strong support for a two-state solution to the Israeli-Palestinian conflict and cited the need to preserve the historic status quo at the Haram al-Sharif/Temple Mount,” it said.

“The President also recognized the Hashemite Kingdom of Jordan’s crucial role as the custodian of Muslim holy places in Jerusalem,” it added.

Biden and Abdullah also discussed “the political and economic benefits” of further regional integration on the matters of infrastructure, energy, water and climate projects, with the White House describing Jordan as “critical hub for such cooperation and investment.”