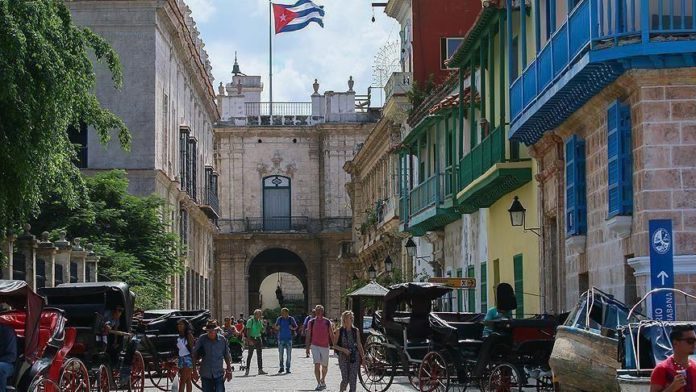 US President Joe Biden has not changed a single policy of his predecessor Donald Trump on Cuba, said the president of the US-Cuba Trade and Economic Council.

“The Biden administration has not changed one policy of the Trump administration in five months. It’s been surprising to everyone,” John Kavulich said in an exclusive interview with Anadolu Agency.

Noting that Trump’s approach was not only harsh on Cuba but also on the US, Cuban Americans and American companies that had been engaged on the island, he said: “So everyone suffered.”

He said there were two initial changes expected early on in the Biden administration, including remittances, or the amount of money that people could send back to their home country, and allowing airlines to land at airports other than in Havana.

The Trump administration had restricted remittances to $1,000 four times a year, reversing former President Barrack Obama’s decision to allow as much as they want.

However, “the Biden administration had signaled they were going to allow [an unlimited amount] again,” Kavulich said.

Suspension of dollar deposits needed but came with odd timing

Regarding Cuba’s decision to suspend dollar deposits, Kavulich said the island nation “needed to do this, but it did it at a very strange time.”

He noted that the Cuban government merged its two currencies — the Cuban peso and convertible peso — in January, adding: “Normally when a country has two currencies…you wait to merge them when your economy is booming.”

“They did [it] in the worst possible case,” he said. “The impact of COVID, the impact of Trump’s sanctions, the impact of tourism being decimated, and the fact that they had very little foreign exchange in their foreign reserves, and also their exports were down and the prices of their imports were up.”

The sanctions make it expensive to get dollars and use dollars, he said, so the banks do not want to process anything relating to dollars.

“So for Cuba, it does make sense to try to steer away from the dollarization of the economy,” said Kavulich, but it creates problems for the two million Hispanics of Cuban descent in Florida who sent dollars to their families and friends.

“It’s very difficult to sustain this,” he continued. “But for the moment, it probably makes some sense to try to force everyone to use the Cuban currency and move toward euros specifically.”

Kavulich said that being on the US list of state sponsors of terrorism is greatly impacting Cuba as companies and central banks “want to be very, very careful in dealing with any country that’s on that list.”

“It remains surprising that the Biden administration has not removed Cuba from the list,” he said, calling this “very problematic.”

The State Department designated Cuba as a state sponsor of terrorism on Jan. 11, during the last days of the Trump administration.

“We will have an interesting event this week, and that is the United Nations General Assembly will be voting on its annual resolution with respect to Cuba,” Kavulich noted.

“It’ll be interesting to see what the Biden administration does tomorrow. No one knows.”

Although the Biden administration continues to say that their Cuba policy is under review, Kavulich said they are focusing on the legislative and domestic agenda ahead of the 2022 congressional elections.

But they say Biden’s policy towards Cuba will be focused on human rights and supporting independent businesses and small businesses, he said.

He said what is evident is that the Biden administration is focusing on crises.

“If there isn’t a crisis, they don’t want to hear about it,” he said. “So with Cuba, there is no crisis in Cuba, either in the country or relating to the US.”

Some Trump sanctions to remain under new government

Kavulich noted that Trump’s approach to Cuba was shaped by saying ‘no’ to things Obama said ‘yes’ to and his administration did some “important things that have lasted and the Biden administration is going to continue.”

He said putting companies and hotels controlled by the Cuban army on the restricted lists by saying that his government does not want Americans interacting with military-owned companies and connecting Cuba and Venezuela was “very smart.”

Trump was supporting Venezuelan opposition leader Juan Guaido in his failed effort to overthrow President Nicolas Maduro and he claimed that Maduro managed to stay in his post due to Cuba’s support.

Evaluating the move very positively, he said Diaz-Canel is not “a threatening-looking individual” and “sort of a bureaucrat.”

He said it was “truly important” after former presidents Fidel and Raul Castro, who were more comfortable with wearing a military uniform, while Diaz-Canel does not wear one.

“So we have that succession, that transition, and thus far, he is making changes that indicate he recognizes reality,” he added.

“And so now they’ve undergone some changes again,” he said and they are allowing more in the private sector.

US should appoint ambassador to Havana

Kavulich said he would like to see the US appointing an ambassador to Cuba, underlining the importance of having a communication channel even when you disagree.

“It’s a tough, tough one for President Biden because of the politics involved,” he said, but defended that Washington should appoint one even for a short term, like a two-year stay.

“So what would be my hope is that by the end of 2021, we could have a US ambassador in Havana,” he said. “We could have negotiations for the certified claims, and the Cuban government would open the doors to let US companies engage directly.”

There are 5,913 claims on assets of companies and individuals who were Americans that the Cuban government expropriated in 1960-1961 totaling $1.9 billion, according to Kavulich.