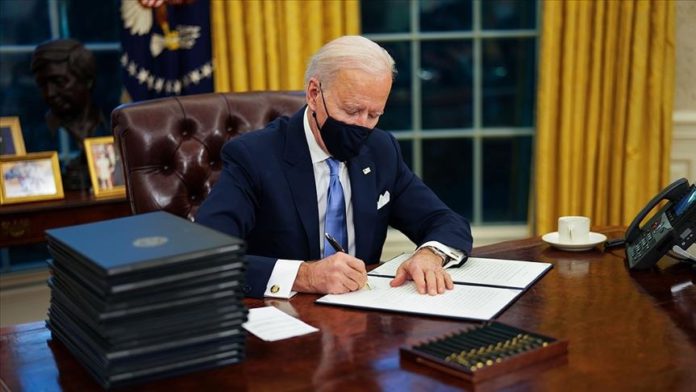 US President Joe Biden signed three executive orders Tuesday in the latest such tranche of actions aimed at rolling back his predecessor’s legacy, this time with the focus squarely on immigration.

Biden’s orders take a multi-pronged approach to the policy, including creating an interagency task force tasked with reuniting children forcibly separated from their parents by former US President Donald Trump, initiating a sweeping review of the root causes of immigration to the US as well as Trump’s efforts to deter asylum claims.

Over 600 children separated at the border from their parents under Trump’s “zero tolerance” policies have yet to be reunited, according to multiple reports.

Trump took a hardline approach to immigration during his four-year term in office, working to curtail both its legal and illegal forms.

With Tuesday’s orders, the number of executive actions Biden has taken on immigration has risen to nine.

“We’re going to work to undo the moral and national shame of the previous administration,” Biden said, adding they literally ripped “children from the arms of their families.”

US trade deficit widens in June, mostly with EU