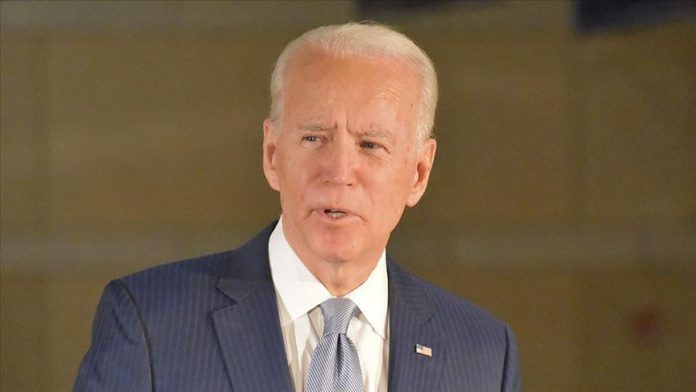 US Democratic presidential nominee Joe Biden once again targeted Turkey and its interests, siding with Greece and falsely accusing Ankara of sparking “provocative actions” against Athens in the eastern Mediterranean.

“The Trump administration must press Turkey to refrain from any further provocative actions in the region against Greece, including threats of force, to create the space for diplomacy to succeed,” Biden said in a statement Tuesday.

Tensions have been running high for months in the region as Greece has disputed Turkey’s rights to energy exploration.

With the longest coastline in the Mediterranean, Turkey sent out drill ships to explore for energy on its continental shelf, asserting its rights in the region as well as those of the Turkish Republic of Northern Cyprus.

But Greece has made maximalist maritime territory claims in the region based on small islands near the Turkish coast in defiance of international law.

Ankara has stressed dialogue to reach fair sharing of the region’s resources.

The former US vice president also took issue with Turkey for turning Hagia Sophia into a mosque and said it should become a museum again.

“I also call on Turkish President [Racep Tayyip] Erdogan to reverse his recent decision to convert the Hagia Sophia to a mosque and to return this treasure to its former status as a museum, ensuring equal access for all, including the orthodox faithful,” said Biden.

On July 24, Friday prayers in the Hagia Sophia Grand Mosque marked the first Muslim acts of worship in the structure in 86 years.

Turkey’s decision to change the status of Hagia Sophia in Istanbul is a domestic issue, the Turkish foreign ministry said in July.

In August, Biden infuriated Turkish political parties after a video recorded last December but first reported Aug. 15 called for support for the opposition to topple Erdogan in the 2023 elections.

The Republican People’s Party (CHP) strives for Turkey’s independence and sovereignty and does not accept even a shadow of any imperial power, Chairman Kemal Kilicdaroglu told reporters.

Turkish Foreign Minister Mevlut Cavusoglu said at the time that only the Turkish nation, not someone from the US or another country, can decide to change its government and president.

Turkey to use oxygenation technology to protect Sea of Marmara from...