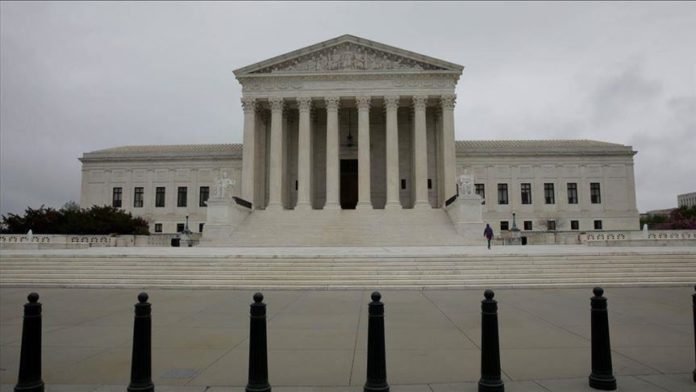 Democratic presidential nominee Joe Biden said Thursday that while he is “not a fan” of adding additional justices to the US Supreme Court, he would not rule out the idea amid an ongoing row over President Donald Trump’s third nominee to the top court.

Speaking during a town hall forum in Philadelphia, the former vice president said he is open to more fully expanding on his position before the US’s Nov. 3 presidential election, dependent on how the Republican-controlled Senate handles Amy Coney Barrett’s ongoing confirmation process.

The number of justices on America’s top court is established by the US Congress, which has set the number at nine for over 150 years. The idea of “packing” the top court, or adding additional justices, has been balked at by both parties when they lead the federal legislature for fear of retribution when control shifts.

But it has gained traction among some Democrats following Barrett’s nomination.

The Senate Judiciary Committee is near-certain to refer Barrett’s nomination to the full chamber next week, when the panel’s majority Republicans are expected to vote unanimously in favor.

Senate Majority Leader Mitch McConnell has said he has the votes to confirm Barrett’s nomination in the Senate, where only two of the chamber’s 53 Republicans have said they oppose filling the Supreme Court vacancy left by the late Justice Ruth Bader Ginsburg before the presidential election.

GOP senators — Susan Collins (Maine) and Lisa Murkowski (Alaska) — have so far opposed the plans, but only Collins said she would vote against a nominee if it is brought up before Nov. 3.

She would be Trump’s third nominee to be confirmed following Justices Neil Gorsuch and Brett Kavanaugh.

That is largely due to McConnell’s thwarting of former President Barack Obama’s nominee, Merrick Garland, in 2016. Garland’s nomination was held in a holding pattern for nearly a year as McConnell insisted then it would be inappropriate for the nomination to go forward ahead of the presidential election that year.

McConnell has since gone back on his position following Ginsburg’s death in September, vowing Trump’s nominee would receive a vote by Nov. 3.