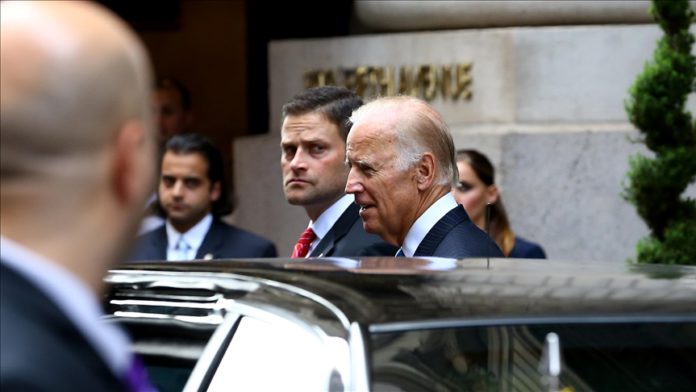 US President Joe Biden said Tuesday he would consider imposing sanctions directly on his Russian counterpart Vladimir Putin in the event of an invasion of Ukraine by Moscow.

Speaking to reporters during a visit to a small business in Washington DC, the US president said there has been no change in the posture of Russian forces.

He reiterated that if Putin moves into Ukraine, there would be severe consequences, including significant economic sanctions against Russia.

When asked if he would ever see himself “personally sanctioning” the Russian president if he did invade Ukraine, Boden responded: “Yes. We’ll see that.”

The Pentagon announced Monday that 8,500 American troops have been put on heightened alert in the US in case they are needed to deploy to Europe as part of NATO’s Response Force.

The president said there is no reason for any member of NATO to worry and the US would come to their defense.

Biden said he told Putin that an invasion in Ukraine would “be the largest invasion since World War Two.

“It would change the world,” he added.

The decision to put the forces on standby comes amid growing tensions in eastern Europe as the West and NATO accuse Russia of preparing for an invasion of Ukraine. Russia has amassed over 120,000 troops on its border with the former Soviet republic alongside a mass deployment of armored vehicles and artillery.

A similar buildup has been seen in Belarus, just to the north of Ukraine. In both cases, Russia denies preparing for an invasion and maintains its forces are there for regular exercises.

That year also saw the Kremlin begin its support for pro-Russian separatists in eastern Ukraine, a policy it has continued for the past eight years.