TurkishPress
Home News Biden confident, says it is 'clear' he will beat Trump 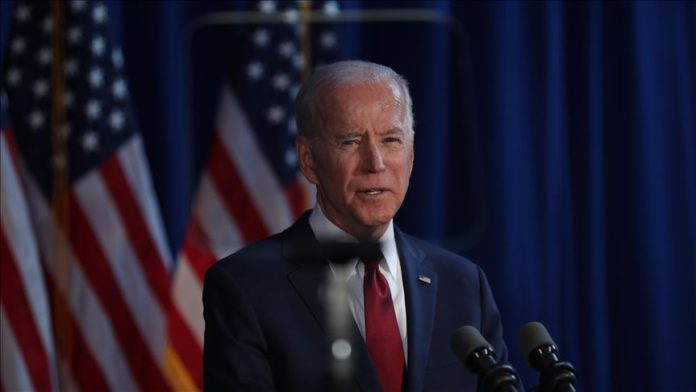 “After a long night of counting, it’s clear that we’re winning enough states to reach the 270 Electoral College votes needed to win the presidency,” Biden said, speaking in his home state of Delaware alongside his running mate, Kamala Harris. “I’m not here to declare that we’ve won, but I am here to report when the count is finished, we believe we will be the winner.”

Biden is maintaining his lead in the key state of Michigan and is whittling down the president’s advantage in the states of Pennsylvania, Georgia and North Carolina as early ballots continue to be tallied.

The states are in the thick of counting mail-in ballots following an unprecedented volume of absentee voting.

Trump has long accused mail-in voting of being subject to fraud, warning people to instead vote in-person.

While his claims were all but certain to fall on deaf ears among Democrats, they were likely heeded by his political supporters. Of the more than 37.5 million people who voted early by mail, just over a quarter of the ballots were sent in by Republicans, according to the US Elections Project.

Noting the advantage he has in mailed-in ballots, Biden voiced strong optimism in Pennsylvania, where he said “virtually all the remaining votes to be counted were cast by mail, and we have been winning 78% of the votes by mail in Pennsylvania.”

According to ongoing counting, Trump’s lead is shrinking in the state, down to fewer than 320,000 votes with 16% of expected results outstanding.

After prematurely declaring victory early Wednesday morning, Trump has decried the ongoing state of play, fuming that a vague “they” are “finding Biden votes all over the place — in Pennsylvania, Wisconsin, and Michigan.”

“They are working hard to make up 500,000 vote advantage in Pennsylvania disappear — ASAP. Likewise, Michigan and others!” he said on Twitter.

Trump remains behind Biden in the race to secure at least 270 Electoral College votes. The race remains competitive, however, with Biden leading 248-214, according to The Associated Press.