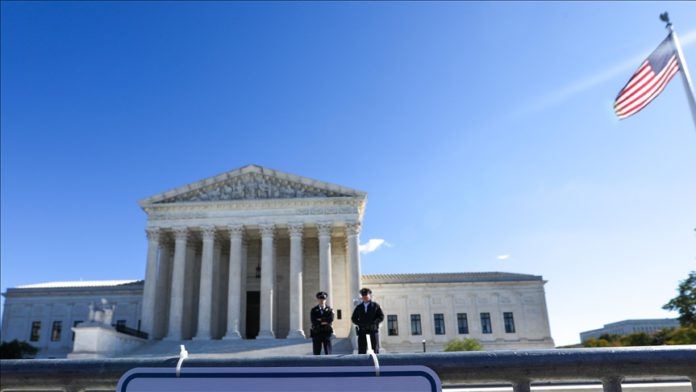 “The president has a stated and reiterated his commitment to nominating a Black woman to the Supreme Court and certainly stands by that for today,” Psaki said at a news conference.

“Again, I’m just not going to be able to say anything about any specifics until, of course, Justice (Stephen) Breyer makes any announcement, should he decide to make an announcement,” she added.

Her remarks came hours after multiple reports said that Breyer is stepping down from the top court at the end of the current term.

Breyer served as an appeals court judge between from 1980 to 1994 before becoming a chief nominated by former President Bill Clinton.

When asked if Biden will pick Vice President Kamala Harris for the Court, Psaki said, “Again, I’m not going to speak to any considerations, preparations, lists.”

During his presidential campaign, Biden pledged to nominate a Black woman if he was elected.