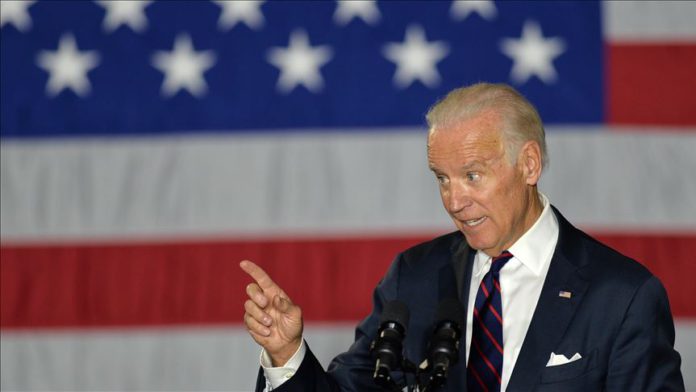 Moderator Chris Wallace asked Trump why he is holding big rallies, and Trump said it is because people “want to hear what I have to say” and claimed he had “no negative effect” from the rallies.

“So far, we have had no problem whatsoever. It’s outside that’s a big difference, according to the experts, and we do them outside. We have tremendous crowds,” Trump said.

In response, Biden claimed that Trump does not care about the spread of the virus, saying “He never worried about you. He’s not worried about the people out there breathing.”

Trump, Biden said, has been “totally irresponsible, the way in which he has handled the social distancing and people wearing masks, basically encouraging them not to.

Biden is holding smaller campaign events, which Trump hit back at “because nobody will show up.”

The virus has infected 7.1 million people across the US and killed more than 205,000.