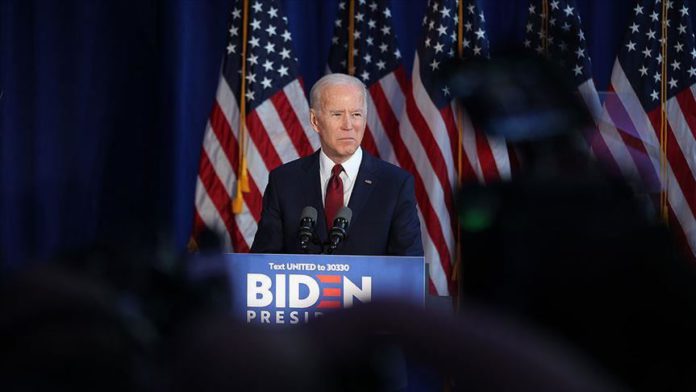 Democratic presidential nominee Joe Biden sharply lashed out at US President Donald Trump on Monday, accusing him of encouraging violence and being a “toxic presence” in the US during his first term in office.

Speaking on the campaign trail in Pennsylvania, Biden said Trump “forfeited any moral leadership in this country,” and seeks “to instill fear in America.”

“That’s what his entire campaign for the presidency has come down to: fear,” Biden charged. “He can’t stop the violence because for years he’s fomented it.”

The comments come amid repeated and sustained demonstrations following the deaths or shootings of Black men by police that have occasionally resulted in mass property damage, looting, and violence.

Biden further condemned the looting and rioting that has occurred in some cities during protests against police violence and racial injustice, saying the illegal activities are not protests.

“I want to be very clear about all of this – rioting is not protesting,” Biden said.

“Looting is not protesting. Setting fires is not protesting. None of this is protesting. It’s lawlessness, plain and simple. And those who do it should be prosecuted. Violence will not bring change, it will only bring destruction. It’s wrong in every way, it divides instead of unites.”

The denunciation comes as Democrats face criticism primarily from their Republican opponents that they have not done enough to condemn rioting and looting.

Trump, meanwhile, has been facing criticism for not explicitly condemning last week’s shooting attacks on demonstrators in Kenosha, Wisconsin that resulted in the deaths of two people, and left another seriously injured.

Asked if Trump condemns the actions of the accused shooter, White House spokeswoman Kaylie McEnany said “the president is not going to weigh in on that.”

Biden’s address in Pennsylvania comes as the Keystone State has emerged as a key battleground in the race for the White House.

Vice President Mike Pence is expected to travel to the state on Tuesday, and Trump will do so on Thursday.

Nationally, however, Trump trails Biden by a significant margin. A poll from The Hill/HarrisX released on Monday showed Biden ahead by 6.9 points across the country.

Trump: US will designate ANTIFA as terror group