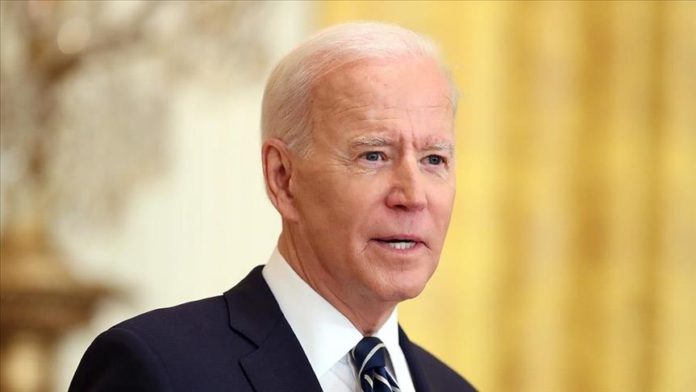 US President Joe Biden used his first Cabinet meeting on Thursday to task five secretaries with taking the lead on his sprawling $2 trillion infrastructure plan as it goes before Congress and the American public.

Biden said department heads “will represent me in dealing with Congress, engage the public in selling the plan, and help work out the details as we refine it and move forward.”

Biden formally rolled out his proposal in Pittsburgh, Pennsylvania on Wednesday.

The sprawling proposal seeks to modernize the nation’s transportation infrastructure, including repairs to 20,000 miles of roads and 10,000 bridges. It would further replace 10 of the US’s “most economically significant bridges” whose needs extend beyond what could be covered with repairs.

As the US sees an uptick in electric vehicle sales and manufacturers shift to meet growing demand, Biden’s plan would establish a network of 500,000 charging stations nationwide.

It would also replace all lead pipes and service lines in the US to provide clean water to Americans and increase high-speed internet, particularly in rural communities where some 35% currently lack the service.

As currently envisioned, the plan would fund the massive nationwide upgrades by nixing Trump-era tax overhauls that saw the federal corporate income tax reduced from 28% to 21% and would further reform how multinational corporations are taxed by instituting a global minimum tax of 21%.

Currently, they pay an average tax rate of just 8%, a senior administration official told reporters on Tuesday. The tax overhaul would further update the corporate tax code to prevent companies from dodging taxes by merging with a foreign company.