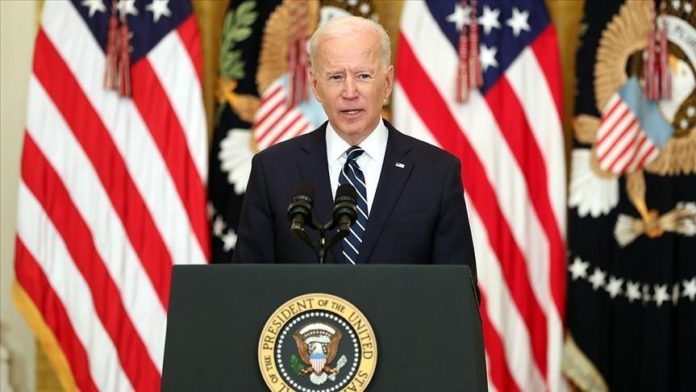 US President Joe Biden said Thursday he agreed to and is supporting a bipartisan infrastructure framework that was formed by a group of senators.

“It’s been a very long time since the last time our country was able to strike a major bipartisan deal on American infrastructure that was so badly needed,” Biden told reporters at the White House. “Investments we will be making as a result of this deal are long overdue.”

He said the agreement will create millions of jobs and modernize the country’s infrastructure to compete with the rest of the world in the 21st century.

The plan includes investments in clean transportation, clean water, universal broadband, clean power, remediation of legacy pollution and a resilience to the changing climate by investing two-thirds of the resources that Biden proposed in his American Jobs Plan, according to a White House statement.

Some other areas include repairing and rebuilding roads and bridges, modernizing and expanding transit and rail networks while reducing greenhouse gas emissions, electrifying buses across the US, upgrading the power infrastructure, connecting reliable high-speed internet and preparing for cyberattacks.

A group of senators announced Wednesday that they had reached an agreement on the plan that would see $1.2 trillion spent in eight years, which includes $579 billion in new spending for the first five years.