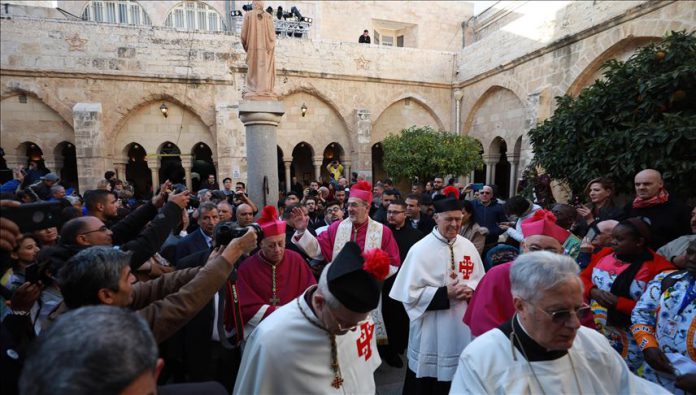 Thousands of Palestinians and Christians celebrated Christmas Mass at the Church of the Nativity in the West Bank city of Bethlehem.

The midnight mass was attended by a host of Palestinian officials, including President Mahmoud Abbas and foreign ambassadors.

During the Mass, Latin Patriarch of Jerusalem Archbishop Pierbattista Pizzaballa prayed “for peace in the land of Jesus.”

He said despite the current tough times, there was a reason for hope and to celebrate the Christmas.

Braving heavy rains, thousands of Palestinians and Christians from around the world gathered in the main square outside the Church – built on