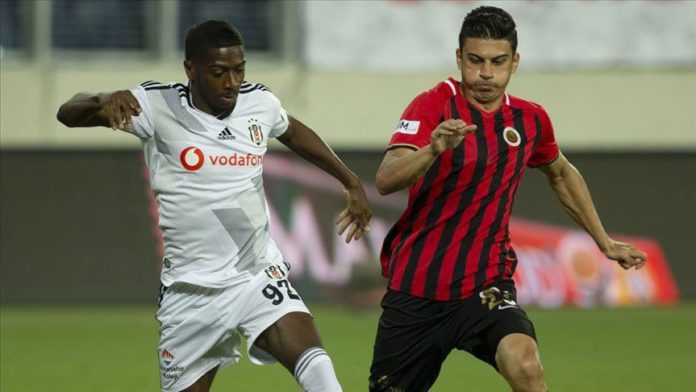 Demir Grup Sivasspor was in the third spot going into the final week but lost 3-1 to Goztepe in Izmır and Besiktas jumped to third place with 62 points.

Sivasspor dropped to fourth with the defeat and finished with 60 points.

Second-place Trabzonspor defeated Hes Kablo Kayserispor 2-1 in an away match and completed the season with 65 points.

Aytemiz Alanyaspor surprised fans this season by collecting 57 points to secure fifth place in the table.

They defeated Ittifak Holding Konyaspor 3-2 in an away match.

Despite failing to meet expectations this season, Fenerbahce ended the campaign with a victory at home, beating Caykur Rizespor 3-1 in Istanbul.

Galatasaray drew 2-2 with Fraport TAV Antalyaspor on Friday as Lions’ fans were disappointed with the team’s poor performance during the season. They finished in sixth place.

BtcTurk Yeni Malatyaspor and Hes Kablo Kayserispor have been relegated after losing their final games.

They will join Ankaragucu in the second-tier TFF First League next season.

Newly crowned Super Lig champions Medipol Basaksehir will face Kasimpasa on Sunday for the final match of the 2019-2020 season.

Medipol Basaksehir qualified automatically for the group stage of next season’s Champions League.

UEFA banned Trabzonspor from club competitions for one year for failing to meet financial targets but the team appealed the ruling in the Court of Arbitration for Sport (CAS).

The CAS decision on the ban and the result of Ziraat Turkish Cup final between Aytemiz Alanyaspor and Trabzonspor will determine the teams to represent Turkey in UEFA tournaments next season.