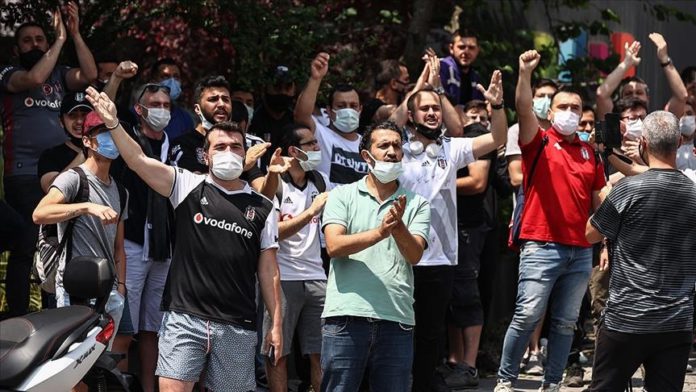 Fans of the Besiktas football team gathered in front of manager Sergen Yalcin’s house on Tuesday to persuade him to stay with the club after talks broke down.

About 100 fans flocked near his house in the Etiler district on Istanbul’s European part and cheered.

Yalcin led Besiktas to the Turkish Super Lig championship and were the Turkish Cup winner last season but discussions between the Istanbul club and Yalcin have not been able to reach a contract extension.

Uncertainty about the contract talks forced fans to support Yalcin and try to coax him.

Besiktas qualified for the top-tier UEFA Champions League for the 2021-22 season.