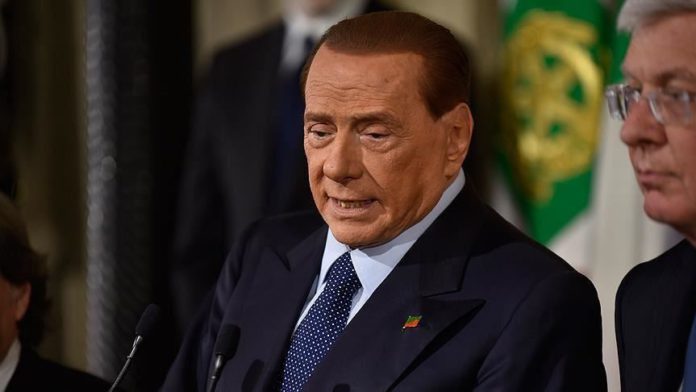 Former Italian Prime Minister Silvio Berlusconi was diagnosed with a mild lung infection but his condition is “reassuring,” his doctor said on Friday, after he was hospitalized due to COVID-19.

Talking to reporters at Milan’s San Raffaele hospital — where Berlusconi is currently treated — Alberto Zangrillo said he was “confident” about the patient’s condition.

Zangrillo also clarified that Berlusconi is not in intensive care and currently breathing autonomously.

“His clinical condition at present is quiet and reassuring,” Zangrillo said, expressing optimism for the coming days.

But he added that Berlusconi, 83, is a “patient at risk” due to his age and previous health issues, which include cancer and heart surgery.

Zangrillo stressed that Berlusconi’s lung infection was diagnosed at an early stage and that he’s currently isolated in his room at the hospital, as requested for COVID-19 patients.

The media mogul-turned-politician — who has been for decades the kingmaker of Italian politics — made global headlines again on Wednesday, when his staff announced he contracted the virus.

He was initially asymptomatic, but then a partial deterioration of his condition suggested a “precautionary hospitalization” Thursday night, Zangrillo told reporters.

Berlusconi now requires to be monitored constantly and will remain at San Raffaele “for a few days”, added the doctor.

Italy’s three-time premier is known around the world for his turbulent personal life and judicial controversies. He was convicted for tax fraud in 2013, then stripped of his Senate seat and temporarily banned from public office.

His personal life was also constantly in the spotlight and reports of his infamous “bunga bunga” parties contributed to the start of his political decline.

Berlusconi, however, has recently made a comeback on Italy’s political scene, as his centrist Forza Italia party could be crucial for a win of the center-right opposition at regional elections later in September.

The former premier was also back on the front pages of Italian tabloids last month, after being pictured hand in hand with his new girlfriend, 30-year-old lawmaker Marta Fascina, who has also tested positive for COVID-19.

The origin of Berlusconi’s infection is still unclear. He spent some of his summer vacation with his family and friends at his Sardinian villa and two of his children have also been diagnosed with the disease.

Many of Italy’s recent infections, including that of Berlusconi’s old-time friend and businessman Flavio Briatore, have been linked to clusters that emerged in Sardinia’s nightclubs, crowded by holiday-goers at the peak of the summer season.

Italy, which has recently registered a surge in new infections, recorded 1,733 new cases on Friday, up from 1,397 a day earlier.

Experts noted, however, that the jump in new cases mirrors a rise in the number of swab tests performed daily, which on Friday peaked above 113,000.