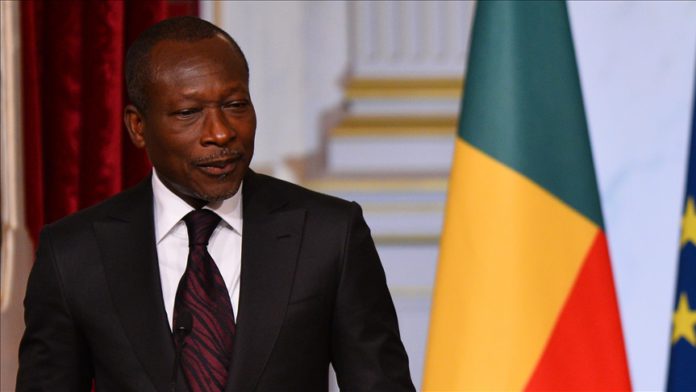 Winning more than 86% of the vote, Talon dominated his competitors Alassane Soumanou with 11.29% and Corentin Kohoue with 02.35%.

The validation is provisional because the final decision will come after the processing of any admissible appeals within the next five days, the court said on national TV.

This is a formality of principle reported by the Constitutional Court. It also reported errors and irregularities found and corrected on the counting sheets.

However, these irregularities do not affect the “credibility, sincerity and transparency of the election,” said Joseph Djogbenou, the court’s president.

Shortly after the proclamation, Talon as president and his running mate Mariam Chabi Talata as vice president made speeches broadcast live on Facebook.

“This vote is for me a signal of support for our common effort, a signal that together we can go even further,” Talon said.

He said he intends to continue the work accomplished during his first five years by installing “a new dynamic.”

“For the past five years, we have undertaken difficult reforms that have tested everyone. We have shown year after year how we want to move forward, not to be populist, to cling to our achievements because they have not allowed us to meet our expectations or to develop,” he added.

Acknowledging the unrest around the polls, he promised to establish responsibilities.

He noted the case of the 28 members of the defense and security forces injured during the last pre-election demonstrations.

This while they were on a mission “to ensure the delivery of various materials” to the population in the interior of the country and to the hinterland.

“They were attacked, kidnapped, tortured and injured by individuals who were obviously responding to calls for demonstrations by political figures,” he said.

He also took the opportunity to call on his compatriots to work in “concord, unity, peace and security” for their country’s construction.