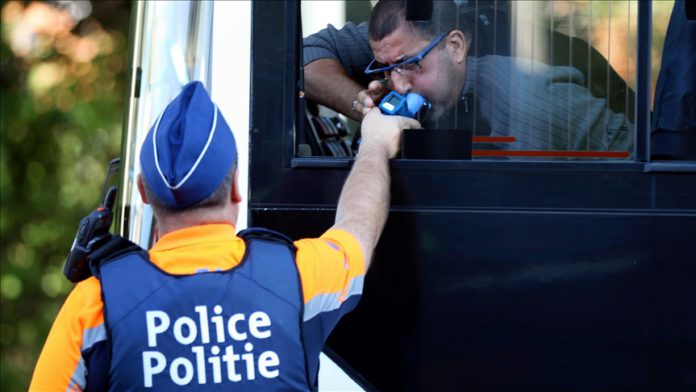 Belgium has notified that those entering the country without a residency permit will need to prove that they are not infected by COVID-19.

According to the decision announced on Friday, people traveling to Belgium as of Dec. 25 will have to submit a negative COVID-19 test. The decision has been taken to prevent a new wave of outbreaks after the Christmas holiday period.

Those who come from places designated as red zones and fail to submit a negative result test will not be admitted to the country.

Almost the entire European Union (EU) is defined as a high-risk red zone on the EU’s risk map.

Countries outside the EU are also shown as a red zone.

Those who live in Belgium but return after being out of the country for more than 48 hours will be required to remain in quarantine for at least seven days.

Residents in Belgium, however, will not be required to produce negative test results.

In Belgium, the number of cases increased rapidly in October reaching an average of detection of 15,000 infections per day.

Since October, this number has decreased to 2,000 after the imposition of strict measures such as night curfews, closure of restaurants, bars, and cafes, and obligation to work from home.

However, in recent days, the numbers have started to increase again, pushing them up to 2,400.

The COVID-19 pandemic has claimed over 1.66 million lives in 191 countries and regions since last December.

Nearly 75.18 million cases have been reported worldwide, with more than 42.51 million recoveries, according to figures compiled by the US-based Johns Hopkins University.