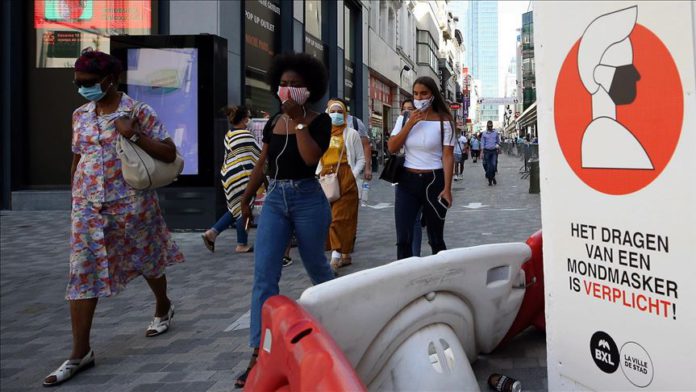 A daily average of 530.9 new coronavirus infections were registered over the past week in Belgium, the country’s Public Health Institute Sciensano confirmed on Thursday.

On Wednesday, 510 people were diagnosed with COVID-19.

The number of infections has been on the rise since the beginning of July.

There was also a slight rise in the number of fatalities during the period between July 27 and Aug. 2. On average, three people lost their lives due to the virus, showing growth of 30% compared to the previous week.

In total, 71,158 people have been infected with the novel coronavirus since the outbreak and 9,852 people lost their lives.

More than 57% of the new infections occurred in the northern part of the country, Flanders.

The situation is particularly difficult in the region of Antwerp, where 2,612 new cases were diagnosed over the past two weeks.

The German government put the Antwerp region on its red travel list.

Meanwhile, leading Belgian virus experts have been debating if a second wave of the epidemic has already arrived.

Professor Steven Van Gucht, Scieansano’s head of viral diseases, claimed earlier this week at a press conference that “we are in the second wave of infections, and no one knows how long it will take or how intensive it will be.”

But according to Frederique Jacobs, inter-federal government spokesperson in charge of the fight against coronavirus, we are not yet in a second wave, “just a rise in infections that might lead to the second wave.”

In an interview with RTL television, she told how “during the peak of the coronavirus crisis, 2000-2500 new infections were diagnosed every day.”

Since appearing in China last December, the virus has spread to at least 188 countries and regions, according to figures compiled by the U.S.-based Johns Hopkins University’s Coronavirus Resource Center.