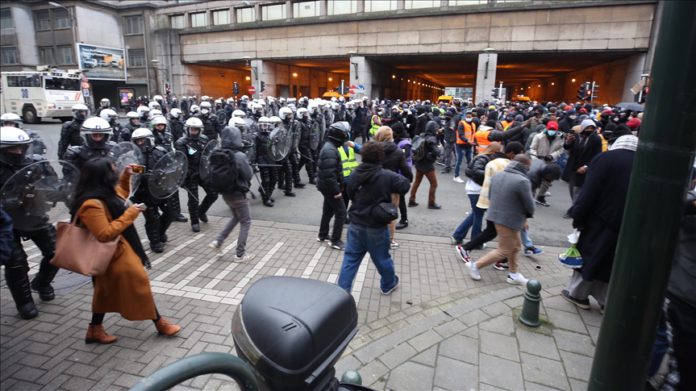 Hundreds of demonstrators gathered Wednesday in Brussels to protest the death of Ibrahima Barrie, who was killed in police custody.

Officers deployed water cannons to disperse the crowd as some protesters broke windows of police cars.

Several protesters were injured in clashes with police.

Barrie, 23, of African origin, was arrested late Saturday for breaking coronavirus rules and taken to a police station.

He lost consciousness an hour later and died at a hospital.

Turkey exports flowers to 83 countries in 2020