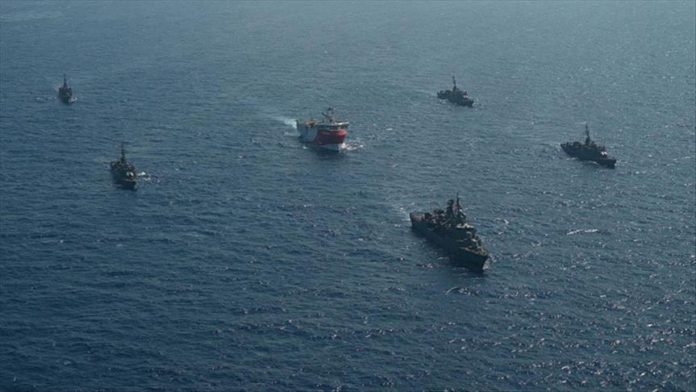 A former advisor to the Belgian prime minister said Turkey’s position on the Eastern Mediterranean is relevant.

“Turkey actually has a point,” Koert Debeuf said in a tweet.

He also shared a map highlighting territorial waters based on the agreement between Greece and Italy on the countries’ exclusive economic zones.

“Greek territorial waters are a bit out of proportion compared with the Turkish one,” he added.

Debeuf, who is a political expert on the Middle East, in an opinion piece published Saturday in Belgian daily De Standaard shed light on the division between European nations.

Titled, Is the EU Sinking in the Mediterranean, the piece argued that the conflict between the two main political alliances of the Middle East — Turkey, Qatar, the Muslim Brotherhood and Iran on the one hand and Saudi Arabia, Egypt, the United Arab Emirates and Israel on the other — has the potential to exacerbate cracks in relations between European nations.

“This is very dangerous. It is not clear how this will end,” the piece cites a letter that Mustafa Kemal Ataturk, founder of the Turkish Republic wrote in 1914, at the start of World War I.

Greece and other countries have tried to box in Turkey’s maritime territory and energy exploration rights.