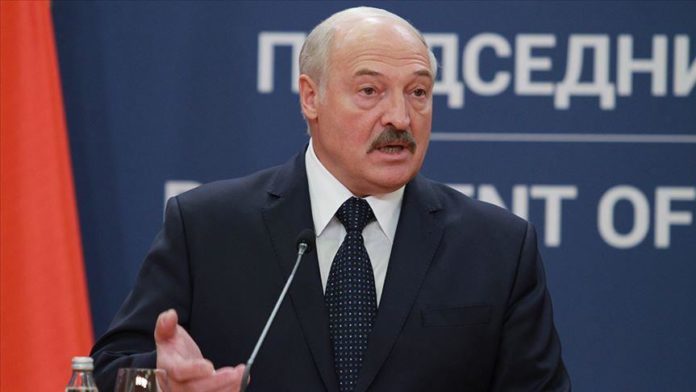 Belarus’ president on Friday shot down France’s offer to mediate between the government and opposition in the wake of a controversial election, pointing instead to France’s own domestic problems.

French President Emmanuel Macron “wants to mediate negotiations in Belarus. First let me come, I’ll be a mediator between the Yellow Vests and Macron,” Alexander Lukashenko said at a rally in Minsk, referring to the iconic opposition movement that led months of anti-government protests in France.

He slammed US Secretary of State Mike Pompeo’s criticism of Belarus after the Aug. 9 election, which Lukashenko won by a contested landslide, saying the US should first “sort out their own problems.”

He also claimed that the protests in Belarus were orchestrated from abroad to create a buffer zone between Russia and the rest of Europe, made up of the three Baltic States, Belarus, and Ukraine, adding that Belarus is “the last component preventing completion of the circuit.”

“The US plans all this and directs it, while the Europeans play along,” he said.

He added: “You see, when there’s unrest nearby and tanks begin to move and planes fly, that’s no accident.”

The protests broke out after Lukashenko was declared the winner of the Aug. 9 elections, but several opposition candidates have challenged the results.

Svetlana Tikhanovskaya, who came in second, has left the country amid rumors that she was forced to do so.

The situation in Belarus provoked deep concern throughout Europe, with leaders demanding Lukashenko launch a dialogue with the opposition.