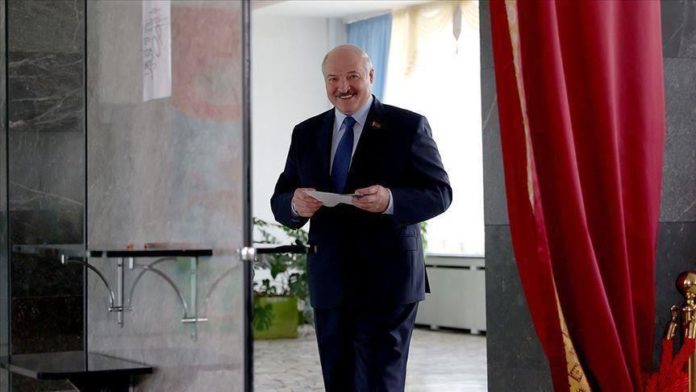 The opposition in Belarus, which has organized several weeks of mass protests against President Alexander Lukashenko, won on Thursday the European Parliament’s 2020 Sakharov Prize for Freedom of Thought.

The laureates were announced by European Parliament President David Sassoli in Brussels.

“Let me congratulate the representatives of the Belarusian opposition for their courage, resilience and determination,” Sassoli said. “They have on their side something that brute force can never defeat – and this is the truth. So my message for you, dear laureates, is to stay strong and not to give up on your fight. Know that we are by your side.”

Belarus has been rocked by mass protests since Lukashenko, who has ruled the ex-Soviet nation for over 26 years, was reelected to a sixth term in the Aug. 9 election his opponents say was rigged.

Sviatlana Tsikhanouskaya, who now lives in exile in Lithuania, was Lukashenko’s main challenger.

The veteran president relies on ally Russia for political and economic support.

The Sakharov Prize, named in honor of Soviet physicist and dissident Andrei Sakharov, was established in 1988 to honor individuals and organizations defending human rights and fundamental freedoms.

‘Slain S.Korean official was trying to defect to North’