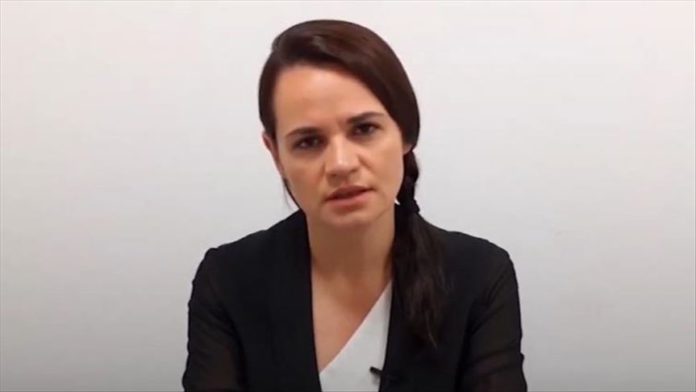 The leader of the Belarusian opposition said Monday she is “ready to lead the nation” through a transitional period in order to end the unrest and organize “in the shortest terms” a new “fair and open presidential election”.

In a video message, published on her YouTube channel, Svetlana Tikhanovskaya promised to release all “political prisoners” and relax the election legislation so that the results of the new election are recognized by the international community.

Tikhanovskaya, who is currently in Lithuania, also expressed solidarity with the people rallying against the results of the presidential election in Belarus.

Meanwhile, Belarusian President Alexander Lukashenko, in a meeting with the workers of the Minsk Wheel Tractor Plant, categorically refused to hold new voting, saying “you won’t see me doing anything under pressure” and “there won’t be another election until you kill me.”

He called for the redistribution of power through a constitutional process, and not through street actions. “The constitution can’t be handed to God knows who. Because it will be a disaster,” he said.

Commenting on the strikes at the biggest Belarusian industrial companies, Lukashenko said 150-200 strikers “have little clout”.

“If someone doesn’t want to work and wants to leave, no one will harass anyone, please, the gates are open,” Lukashenko said.

While Lukashenko was speaking at the meeting, the Belarusian Interior Ministry said it released almost all those arrested during the protests, which at some places escalated into clashes with the police.

Alexander Lukashenko officially won the Aug. 9 election with 80.1% of votes. His main rival Svetlana Tikhanovskaya scored only 10.12%, according to the Central Election Commission.