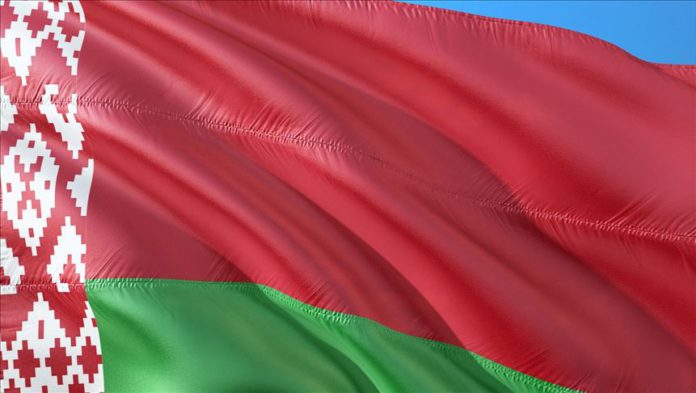 UN human rights experts on Friday called on Belarus to release prominent opposition leader Maria Kalesnikava and bring justice to those responsible for her enforced disappearance.

They expressed grave concern over “targeting and persecution of opposition politicians.”

She was snatched off the capital’s streets, threatened with death or deportation, and then secretly imprisoned.

“It is particularly troubling that the authorities have resorted to enforced disappearances in an effort to quash protests, stifle dissent and sow fear,” said the experts, including Agnes Callamard, the special rapporteur on extrajudicial, summary, or arbitrary executions.

Kalesnikava is a musician and political activist and was abducted on Sept. 7 by masked men presumed to be security agents.

She was driven to the border the next day, where she was told she would be deported “alive or in bits,” according to the rights experts.

However, she reportedly managed to thwart deportation by ripping up her passport.

She then disappeared for three days with no information on her whereabouts or state of health.

On Sept. 10, authorities said she was in pre-trial detention in Minsk, and on Sept. 16, she was officially charged with undermining national security, a charge carrying a maximum sentence of five years in prison.

“Belarus must conduct prompt and effective investigations into what happened to Ms. Kalesnikava, uphold her right to an effective remedy and identify and bring to justice those responsible for her enforced disappearance,” the experts said.

They said it is unacceptable that her relatives and associates were denied information on her whereabouts for three days, violating national legislation and international law.

Kalesnikava campaigned for an opposition candidate ahead of the Aug. 9 presidential election, which the experts said is widely considered a rigged poll.

As protests swept the country, she was elected to the Coordination Council’s seven-person leadership, established to overcome the ongoing political crisis through negotiations.

Most of its leaders have been arrested, deported, or fled the country.

Several opposition politicians have reportedly been forcibly taken to borders with Poland, Lithuania, or Ukraine and expelled from Belarus.

The UN Human Rights Council on Sept. 18 adopted a resolution, expressing grave concern at “credible allegations” that human rights violations were committed in Belarus in the run-up to the 2020 presidential election and its aftermath.

Isolated due to lack of recognition, Turkish Cyprus fights virus