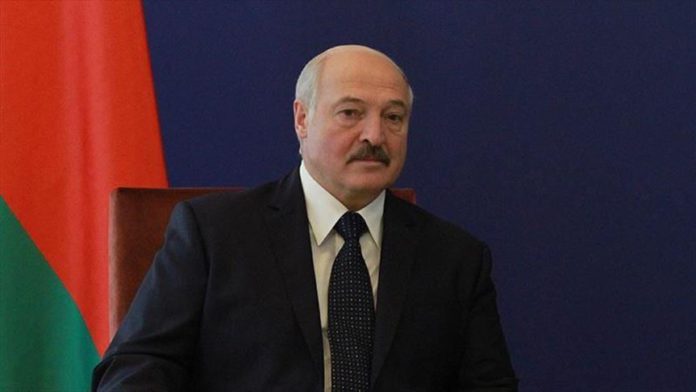 Speaking at a meeting of the Security Council, Alexander Lukashenko claimed that “big money openly” comes from abroad to finance protests and unrest – apparently referring to protests against his 26-year rule – and instructed the Border Committee to block such financial flows and channels.

Lukashenko officially won the Aug. 9 presidential election with 80.1% of the vote. His main rival Svetlana Tikhanovskaya scored only 10.12%, according to the Central Election Commission. EU leaders have signaled that they will not recognize the elections and will impose sanctions. Lukashenko has refused to hold another vote.

Lukashenko also voiced concern over military moves in neighboring Poland and Lithuania, saying: “There is a huge desire to destabilize the situation in the city of Grodno, situated near the Polish-Lithuanian border.” He ordered the Defense Ministry to beef up military deployment and control the situation there.

Meanwhile, the Foreign Ministry was instructed to inform the leaders of Western countries about what is happening in Belarus and to warn them against supporting unrest.

Lukashenko also ordered the Interior Ministry not to allow unrest in the country, especially in Minsk, claiming people are “tired” of protests.

He also asked authorities to defend workers and media from threats and help the management of industrial companies to fight against strikers, saying: “If people don’t want to work – it’s their right but then they should not come to work and prevent others from working.”

“People should see that the authorities, especially the central ones, are not only dealing with issues of restoring order in the hero city of Minsk and other two or three cities, but are also dealing with issues that affect the lives of our people,” he said.