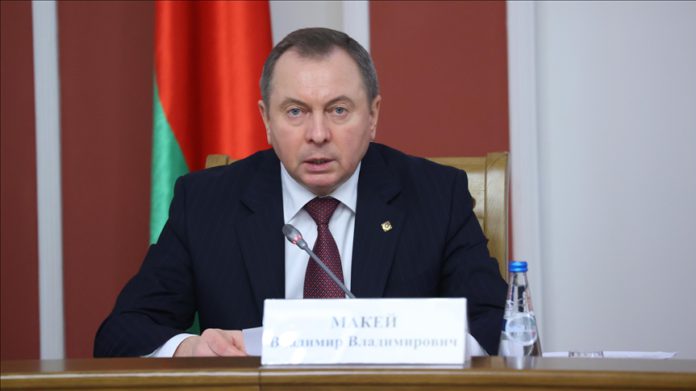 Belarus on Monday expelled all Latvian diplomats in the country, accusing Riga of insulting the country’s flag.

Speaking to reporters, Foreign Minister Vladimir Makei said Ambassador Einars Semanis had been summoned to the ministry on the grounds that “the Belarusian flag was insulted in Riga.”

Makei said Semanis was asked to leave the country within 24 hours, along with other diplomats and embassy administrative staff within 48 hours.

In front of the center where the IIHF World Hockey Championship was held in Riga, Latvian Foreign Minister Edgars Rinkevics and Martins Stakis, the mayor of Riga, replaced the Belarusian state flag with a banner used by the opposition in the Belarusian protests last summer.

This came amid heightened tensions after a Belarusian MIG-29 fighter jet forced a commercial Ryanair plane passing through Belarus’ airspace to land in Minsk on Sunday, citing a “bomb threat.”

US' Pompeo talks to Iraq premier-designate on new gov't