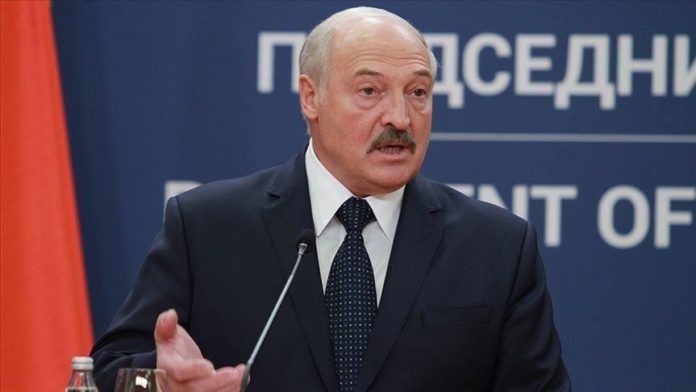 Belarus has deployed half of its army on its borders with Lithuania and Poland, Belarusian President Alexander Lukashenko announced on Thursday.

Speaking at a meeting with Russian Prime Minister Mikhail Mishustin in Minsk, Lukashenko called an “unfriendly step” the shifting of US F-16 fighter jets to the Belarusian borders.

He said 16 to 18 US jets had been positioned so they could reach the country’s border in 15-20 minutes. “We all saw this, so we had to respond. We deployed almost half of our Belarusian army, actually took control of the Western borders with Lithuania and Poland.”

He added that with the move, Belarus had surrounded its western city of Grodno with its forces to “counter these threats.”

“For us, Belarus is our kin country, and it is not only about historical, linguistic, and spiritual ties, but also about hundreds of thousands and millions of our citizens, who are actually one people,” he said.

“Warsaw exerts pressure on Minsk, in fact simply dictates the line of behavior, and openly supports, among other things, financially and through controlled NGOs, the Belarusian opposition forces. In this regard, the statements of the [Poland’s] first person regarding the readiness to “take under protection” certain regions in the neighboring republic [Belarus] cannot but be alarming,” Zakharova said at a news conference in Moscow.

She called on Warsaw to return “to the generally accepted norms of international law, to abandon the policy of undermining the sovereignty of a neighboring state using unacceptable means in international relations, which include supporting anti-government protests, creating a financial and organizational base on its territory for forces operating outside the legal field of the opposition.”

NATO and European leaders have urged Lukashenko to launch a dialogue with the opposition, and respect the fundamental human rights of the citizens.