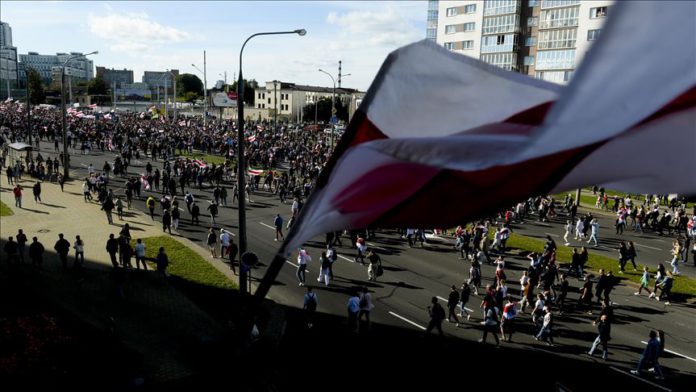 Anti-government protests in Belarus entered the 100th day on Monday.

The Belarusian Interior Ministry has registered 35 demonstrations over the past 24 hours, noting the figure has gone down.

She added that the protesters in Minsk were aggressive.

Belarus has been rocked by mass protests since Alexander Lukashenko, who has ruled the ex-Soviet nation for over 26 years, was reelected to a sixth term in the Aug. 9 election his opponents say was rigged.

Svetlana Tikhanovskaya, who now lives in exile in Lithuania, was Lukashenko’s main challenger.