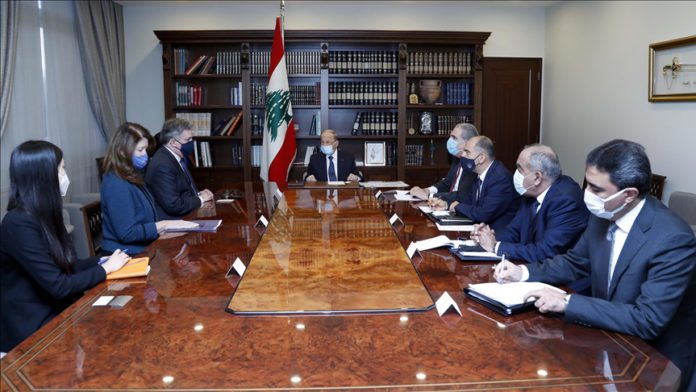 A Beirut aid conference organized by France and the UN on Wednesday called for swift formation of an effective and credible government in Lebanon, according to a statement by the French Embassy in Beirut on Thursday.

The conference stressed “the urgent need for the Lebanese political leaders to agree, as soon as possible, on the formation of a credible and effective government on the basis of the French initiative,” the statement said.

It was the second virtual aid conference since the disastrous Aug. 4 explosion that destroyed Beirut’s port and wrecked large parts of the capital.

“The participants expressed their concern about the delay in the investigation in the Beirut port blast and the deteriorating economic and social conditions in Lebanon,” it added.

The statement pointed out that the poverty rate increased from 28% to 55% within 12 months, which led to a growing rate of emigration from Lebanon.

The meeting also discussed the reconstruction of Beirut port facilities and rehabilitation of neighborhoods affected by the explosion in addition to mobilizing international support for the most vulnerable population groups in Lebanon, the statement also noted.

Two massive explosions tore through the Lebanese capital on Aug. 4 after a neglected stockpile of 2,750 tons of ammonium nitrate stored in a warehouse caught fire.

Egypt’s role in Syria group is work for peace: Turkey