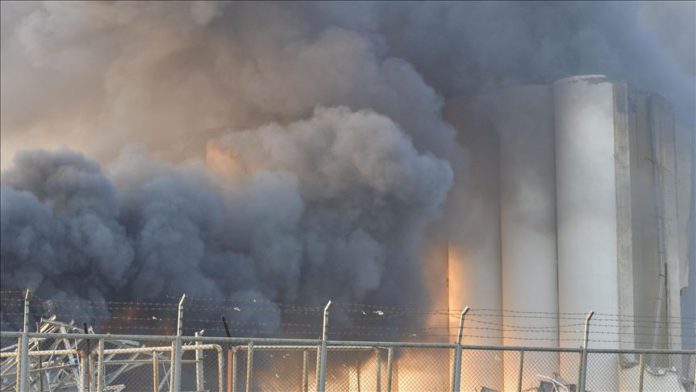 Following the massive explosion in Lebanon’s capital, an Indian politician on Thursday raised concern over 740 tons of explosive chemical stored at a harbor in southern port city of Chennai.

The explosion in Beirut on Tuesday, which claimed at least 135 lives and injured over 5,000 people, was caused by over 2,700 tons of ammonium nitrate that was stored in the city’s cargo port.

“There is a risk of a similar explosion due to ammonium nitrate in the Chennai warehouse…,” said S. Ramadoss, founder of the Pattali Makkal Katchi party.

“This ammunition is the cause of the biggest explosion in Lebanon … To prevent this, the ammonium nitrate in the Chennai warehouse should be safely disposed of and used for other purposes such as composting,” he wrote on Twitter.

He further added that the chemical has been stored in the warehouse for over five years.

In pure form, ammonium nitrate (NH4NO3) is a white, crystalline chemical which is soluble in water. It is the main ingredient in the manufacturing of commercial explosives used in mining and construction.

According to local media, following the tweets, the customs department of Chennai, a metro city of Tamil Nadu state, confirmed that the chemical was seized in 2015, as the local company had not since obtained necessary clearance.

The department revealed that it conducted an inspection at the warehouse on Thursday morning, and confirmed the large quantity of chemical was safely stored in the outskirts.

“We checked the storage situation, and everything is correct. It is kept in over 30 containers as per the Explosives Act. It will be auctioned off soon,” confirmed local news portal The Newsminute.

Meanwhile, the country’s Central Board of Indirect Taxes and Customs (CBIC) said on Thursday that they asked concerned entities to confirm that explosive materials stored at warehouses and ports across India pose to threat to life and property.

“CBIC has urgently directed Customs and field formations to immediately verify & confirm within 48 hours that any hazardous and explosive material lying in warehouses and ports across the country meets all safety & fire standards and presents no danger to life and property,” the statement said.

“This precautionary step has been taken in view of the recent incident of an explosion in a foreign country caused by such material,” read the statement.

US should end trade deals on cattle imports: Trump