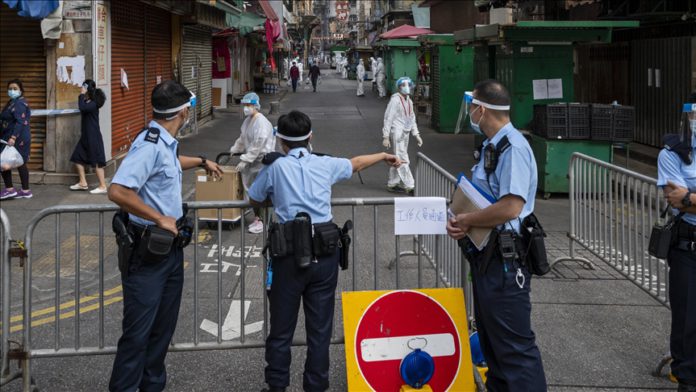 Spread of more contagious Delta variant of the COVID-19 has triggered alarm in China as the number of locally transmitted cases are on the rise.

The country’s National Health Commission said on Monday that at least 53 were indigenous cases of the total 75 coronavirus infections reported on Sunday. Most of them, 30, were reported from eastern Jiangsu province, it added.

​​​​​​​On Saturday, 30 such indigenous cases were reported across China of which 19 were detected in the same province.

The latest outbreak in China, which had declared successful control over the spread of the virus last year, was first found in Jiangsu last month and officials blamed the highly transmissible Delta strain for it.

Soon after the outbreak, local authorities ramped up nucleic acid screening tests in a bid to detect positive cases at the earliest possible stage.

Curbs were also imposed on the movement of people in the region, with long-distance and tour bus routes halted. Delivery services, including food, have also been stopped.

Amid concern of the spread of the virus, Beijing on Monday announced suspension of all flights, trains, and buses from regions where new COVID-19 infections have been found, Chinese daily Global Times reported.

Beijing authorities have ordered strict measures on other routes allowing entry of outsiders inside the capital.

Amid rising concern due to the deadly infection, China’s southern Hunan province also stopped all offline teaching activities and training programs. It asked students and teachers to avoid travelling “unless necessary.”

China, the world’s most populous country, currently leads the global count in COVID-19 vaccinations as it has administered over 1.6 billion doses to date.

It was in the country’s central Wuhan city that first cases of the coronavirus were found in December 2019. It has spread across the globe since then.

According to the National health Commission, China has reported a total of 93,005 confirmed cases, including 4,636 deaths, so far.