TurkishPress
Home News Bedros Sirinoglu: US, EU, some other countries far from 'well-intentioned approach' on... 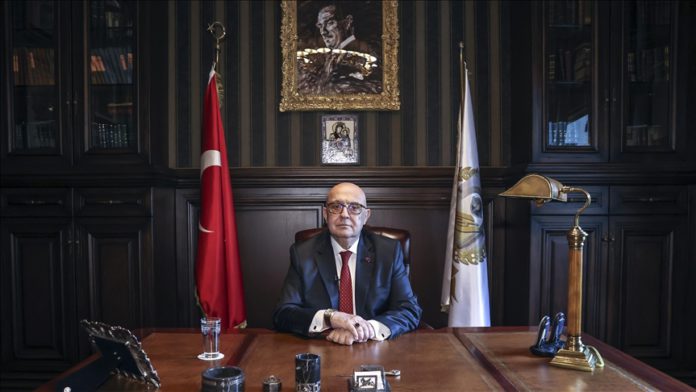 The head of the Armenian Foundations Union in the Turkish metropolis Istanbul on Friday criticized the instrumentalization of 1915 incidents that happened between the Turkish and Armenian nations by political authorities.

“We do not approve of the handling and using of some painful and saddening incidents that took place between the two nations more than 100 years ago by political authorities. We are against the instrumentalization of our sorrows by daily politics,” said Bedros Sirinoglu, the chairperson of the Armenian Foundations Union and Surp Pirgic Armenian Hospital Foundation.

Sirinoglu told Anadolu Agency that the union wanted to address Turks, Armenians, and the international community as Armenian citizens living in Turkey.

“The deplorable incidents in history can be discussed by Armenian and Turkish state authorities as well as objective historians,” he said. “But as far as I see, those who get involved in the issue with political motives, the US, the EU and some other countries are far from the well-intentioned approach.”

Sirinoglu added that the usual statement intending to share the Armenian nation’s grief is expected from the US’ White House due to the 106th anniversary of the 1915 incidents.

“The pre-condition of empathizing with the Armenian nation should not be tarnishing the Turkish nation’s honor or having a hostile attitude towards Turkey. As a Turkish citizen, I believe we need to reinforce the love, respect, and friendship between the two communities, leaving no place for grudge or hatred,” he went on. “The political interventions from the outer world do nothing but hinder these wishes.”

Underlining that solving the issues with Turkey and Armenia’s mutual understanding will be for the benefit of everyone, Sirinoglu said: “It is known that Armenia is going through very serious problems today. Those who were provoking Armenia against Turkey were doing the same thing 100 years ago, too. When we consider ‘Who won and who lost?’ the Ottoman state, the Armenians as well as Turkish citizens were on the losing side.”

“We are citizens of the Republic of Turkey. We trust in our state and we demand that the incidents of 1915, which foreign statespersons turned into a political material and which mean a lot to us, to be handled in independent commissions by historians,” he continued.

“All interventions by those who are not parties to the incidents will only deepen our wounds, make it bleed. The issue is the responsibility of Turkish and Armenian nations,” Sirinoglu added.