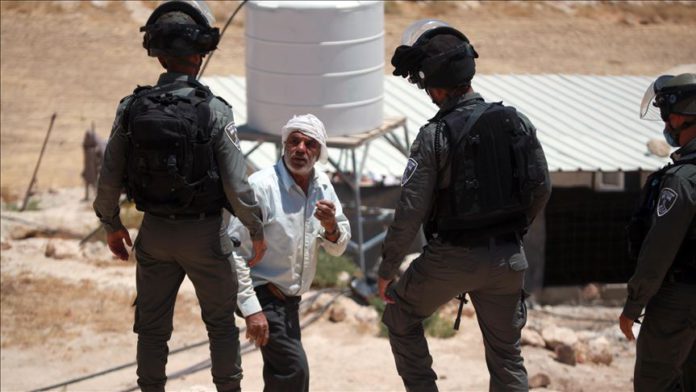 Hundreds of Bedouins demonstrated Monday against the Israeli government’s plans to confiscate their land in Khirbet al-Watan village in the Negev region of southern Israel.

The protest, which was held in the city of Be’er Sheva, was called by the High Follow-Up Committee for Arab Citizens of Israel with Arab members of the Israeli Knesset (MKs) taking part.

During the protest, MK Ayman Odeh said the Israeli Land Authority plans to confiscate 12,000 acres of land in Khirbit al-Watan and in four other villages and plant hundreds of trees. The villages had all received demolition orders and thousands of residents face displacement.

Odeh stressed that the protest should be decisive in returning the land rights in Khirbit al-Watan village.

MK Mansour Abbas said the protest is against the situation of the people in the Negev area generally and against the “conspiracy to expel our people from Khirbet al-Watan village.”

Arab citizens of Israel say the Israeli Land Fund is an Israeli government body that aims to confiscate Arab lands for the purpose of establishing Jewish projects.

Many Bedouin villages are not recognized by the Israeli government and are under the threat of being razed.