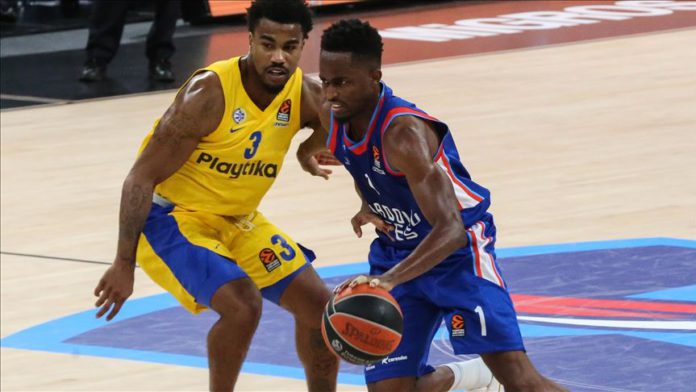 Turkish side made a good start with an 11-0 run but the away team took control of the game and led the first quarter with 24-22.

The first half ended 50-49 as Maccabi still had a 5-point advantage at the end of third quarter.

But, Anadolu Efes were better in the last quarter, and Rodrigue Beaubois’ game-winning block sealed a nail-biting 91-89 win for Turkish club at Istanbul’s Sinan Erdem Dome.

Beaubois dominated the game with 23 points for Anadolu Efes that recorded second consecutive win in EuroLeague.

Tibor Pleiss had 20 points and 9 rebounds while Adrien Moerman finished with 17 points for the home team.

Scottie Wilbekin added 15 points and Tyler Dorsey played with 14 points for the away team.

In other games on Thursday, Olympiacos Piraeus beat Zenit St Petersburg 75-66 in away match, while Barcelona defeated ALBA Berlin 103-67 in Berlin.