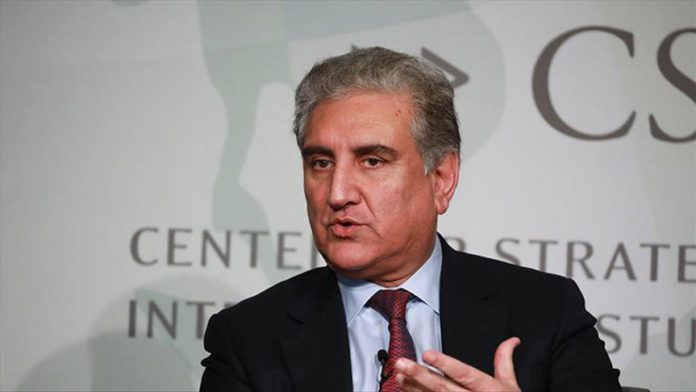 As the historic intra-Afghan negotiations commenced in Qatar on Saturday, Pakistan again reminded all sides to be wary of “spoilers” that may want to derail the peace push.

Archrival India, meanwhile, stressed that the process must be led and controlled by Afghans and the country’s sovereignty and territorial integrity must be respected at all costs.

Shah Mahmood Qureshi, Pakistan’s foreign minister, and his Indian counterpart Subrahmanyam Jaishankar were among a host of dignitaries who addressed the opening ceremony of the talks via video link.

Qureshi said the intra-Afghan negotiations were a “fruit of our combined efforts” and a “major step forward” in the long quest for peace in Afghanistan.

However, he reiterated Islamabad’s view that there were still certain elements who would benefit from seeing the process collapse.

“Spoilers, from within and from without, will pose formidable challenges and constant vigilance will be required to guard against their machinations,” Qureshi said, without naming any country or groups.

He said Pakistan had supported the peace push from the very beginning and was rooting for a successful outcome.

“Pakistan has walked alongside you in every possible way, by encouraging reduction in violence and by urging dialogue and negotiations and we fully facilitated the process that culminated in the US-Taliban agreement in Doha and has reached this juncture,” he said.

Stressing that Islamabad had fulfilled “our part of the responsibility,” he said it was now up to the Afghan leaders “to seize this historic opportunity, work together constructively, and secure an inclusive, broad-based and comprehensive political settlement.”

“Afghans alone must be the masters of their destiny, without outside influence or interference,” he added.

His Indian counterpart Jaishankar highlighted New Delhi’s support for development in Afghanistan, saying there were over 400 Indian projects spread out across almost every part of the country.

As he summed up in a tweet later, the Indian minister called for the peace process to be “Afghan-led, Afghan-owned and Afghan-controlled.”

He said violence in the country must end for Afghanistan to achieve lasting progress.

Jaishankar stressed that Afghanistan’s national sovereignty and territorial integrity must be respected in the peace process, and the interests of minorities, women, and other vulnerable groups must be protected.