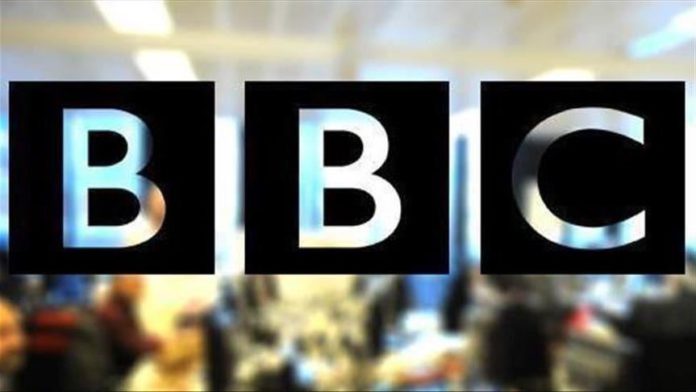 BBC presenter Emily Maitlis did not present her nightly Newsnight show on Wednesday after the BBC ruled her comments on the Dominic Cummings controversy breached impartiality rules.

The aide is accused of breaking lockdown rules by driving 264 miles across the country. He defended himself by saying he was doing the best thing for his family, as both he and his wife were becoming ill and had no one to look after their child in London. His explanations have not significantly changed public opinion on the matter.

Both the opposition and members of the ruling party have called for his resignation.

It was Maitlis’ opening comments to the program that seized the nation’s interest and the BBC management’s ire.

“Dominic Cummings broke the rules — the country can see that and it’s shocked the government cannot,” Maitlis said.

“The longer ministers and the prime minister tell us he worked within [the rules], the more angry the response to this scandal is likely to be,” she said.

“He [Cummings] was the man, remember, who always got the public mood, who tagged the lazy label of elite on those who disagreed. He should understand that public mood now — one of fury, contempt and anguish,” she said.

“He made those who struggled to keep to the rules feel like fools and has allowed many more to assume they can now flout them. The prime minister knows all this and has chosen to ignore it,” Maitlis said.

The 1-minute clip went viral, being viewed over 7 million times on Twitter.

Viewers were surprised to see another presenter, Katie Razzall, present in her place the next day.

Maitlis’ opening monologue had led to a number of complaints, but her absence the following day led to a huge social media backlash, with members of the media and public alike accusing the BBC of pulling her from the program.

Razzall later tweeted: “Just for the record, Emily Maitlis has not been asked by the BBC to take tonight off — and if I thought she had been, I certainly wouldn’t have agreed to present the show.”

Maitlis herself tweeted: “So grateful to my friend and excellent colleague for stepping in this evening. She did so because I asked for the night off — knowing tonight’s prog would be in the most excellent hands.”

“Been overwhelmed by all the kindness, messages — and support on here — and I’ve probably missed much of it. A big thank you from us all at Newsnight,” she said in a separate tweet.

The BBC said in a statement that Maitlis breached impartiality rules.

“We’ve reviewed the entirety of last night’s Newsnight, including the opening section, and while we believe the program contained fair, reasonable and rigorous journalism, we feel that we should have done more to make clear the introduction was a summary of the questions we would examine, with all the accompanying evidence, in the rest of the program,” the statement said.

“As it was, we believe the introduction we broadcast did not meet our standards of due impartiality.”

Michelle Stanistreet, the general secretary of the National Union of Journalists, disagreed strongly: “At a time of national crisis, frank and fearless journalism that scrutinises and holds this government to account is more necessary than ever.”

“Journalists should be congratulated for holding policymakers to account for actions that risk a monumental breach of trust during a public health crisis,” Stanistreet said, adding that it was “clear as day” that Cummings had broken the lockdown rules.

Further complicating the BBC’s position was that fact that it had backed its political editor Laura Kuenssberg at around the same time.

Kuenssberg provoked a storm of criticism after replying to a tweet by the journalist who broke the Cummings story with what many saw as a defence of Cummings.

“Source says his trip was within guidelines as Cummings went to stay with his parents so they could help with childcare while he and his wife were ill – they insist no breach of lockdown,” Kuenssberg tweeted.

The BBC said it received complaints over the tweet, but refused to say how many. The Press Gazette reported it must have been a high number as the BBC went to the length of publishing a public statement in its section for “significant complaints of wide audience concern.”

The BBC statement said: “We don’t consider that Laura was tweeting in defence of Dominic Cummings. Laura was simply reporting information from a source, and we believe this was clearly stated in her tweet. A key part of Laura’s job is to reflect views from many different parties in any given news story, which she did throughout her reporting and in her Twitter posts, during Friday evening and the rest of the weekend. This was clearly a big news story that was unfolding quickly, and we believe Laura reflected a lot of different views, whilst also establishing the facts and accurately reporting the many details of the story.”

Both Maitlis and Kuenssberg caused controversy but for opposite reasons. Only one was reprimanded. Both remain in their respective positions.