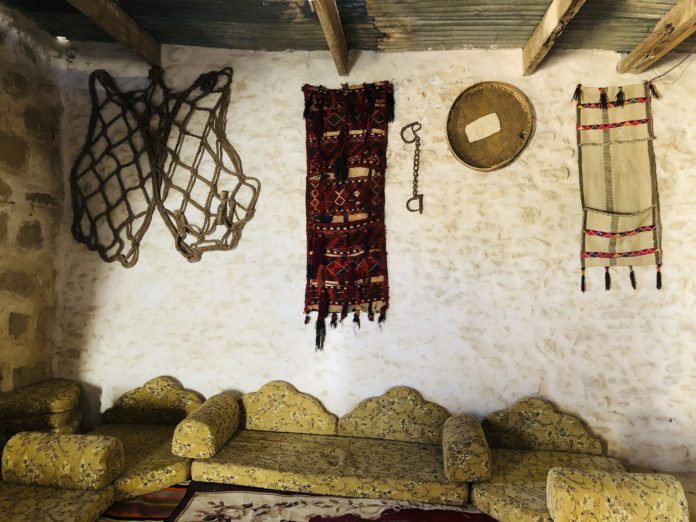 Baykah Alomour in the southern Gaza Strip stands as one of the last historical houses in the seaside Palestinian territory.

“This baykah links us to our past,” Qasem Aimera told Anadolu Agency. “It is a constant reminder of our hope to return to our land.”

Located in the town of al-Fukhari in Khan Younis, Baykah Alomour was built by Qasem’s grandfather, Aimera Alomour, in 1949, one year after the Nakba, a term used by the Palestinians to refer to the expulsion of hundreds of thousands of Palestinians by Zionist gangs from their homes in historical Palestine in 1948 to make way for the new state of Israel.

Alomour used part of the baykah for housing, while the rest of the building was used for storing crops, especially wheat, lentils and grain.

The baykah initially covered an area of 300 cubic meters, but it was reduced to only 72 meters after it was hit by an Israeli missile during Israel’s military offensive on the Gaza Strip in 2014.

“We lost more than two thirds of the land due to the Israeli bombing and erosion,” Qasem explained.

In 2019, Qasem joined hands with his siblings to restore the baykah and turned it into a hosting space where they receive their guests and other visitors.

“We were determined to restore it at our expense despite the deteriorating economic conditions,” Qasem said. “It is more of a treasure to us.”

Qasem turned a corner inside the baykah into a museum where his grandfather’s belongings are displayed. 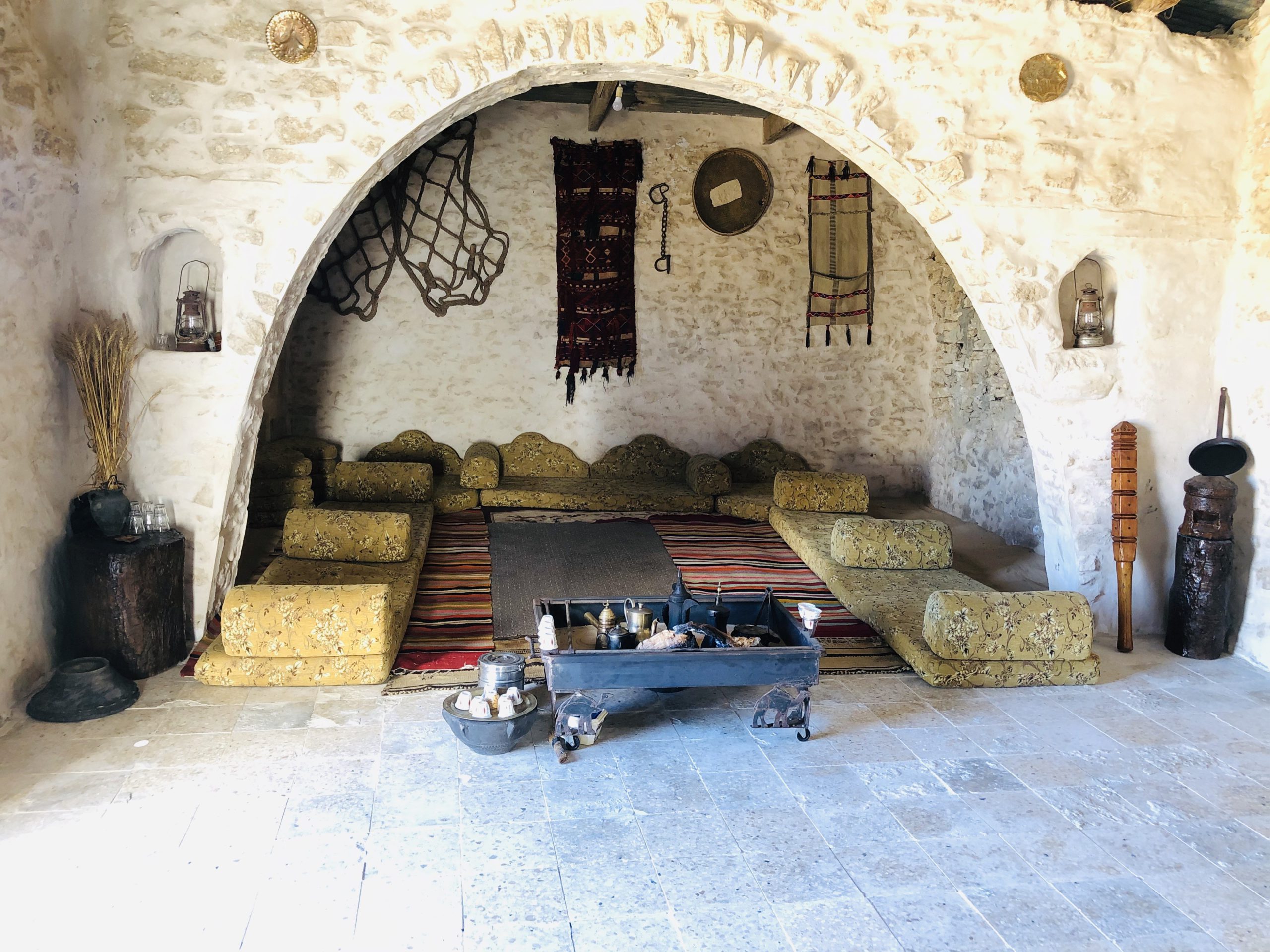 Among items on display are a 100-year-old sworn and mihbash – a traditional carved wooden coffee grinder consists of base and pestle. Neighbors also brought in their inherited belongings to be displayed at the baykah.

Baykahs are usually built of sandstones and clay and they have a very distinguished architecture structure. Its ceiling is supported by stone arches, a number of windows, wooden doors and small cabinets constructed deep into the walls.

According to Qasem, all Palestinian villages used to build baykahs in historical Palestine before Nakba for various purposes.

He said while most Palestinian villagers used baykah for housing, Bedouins like his own clan used it for storage.

Listening to narratives from her grandfather about the Palestinian life before Nakba, Alaa Saleh, 23, a refugee from the town of Qbeba in historical Palestine — central Israel — was driven by her curiosity to visit and explore the baykah.

Her grandfather had witnessed the Nakba when he was young and was determined to pass on all his memories about Qbeba to his grandchildren. 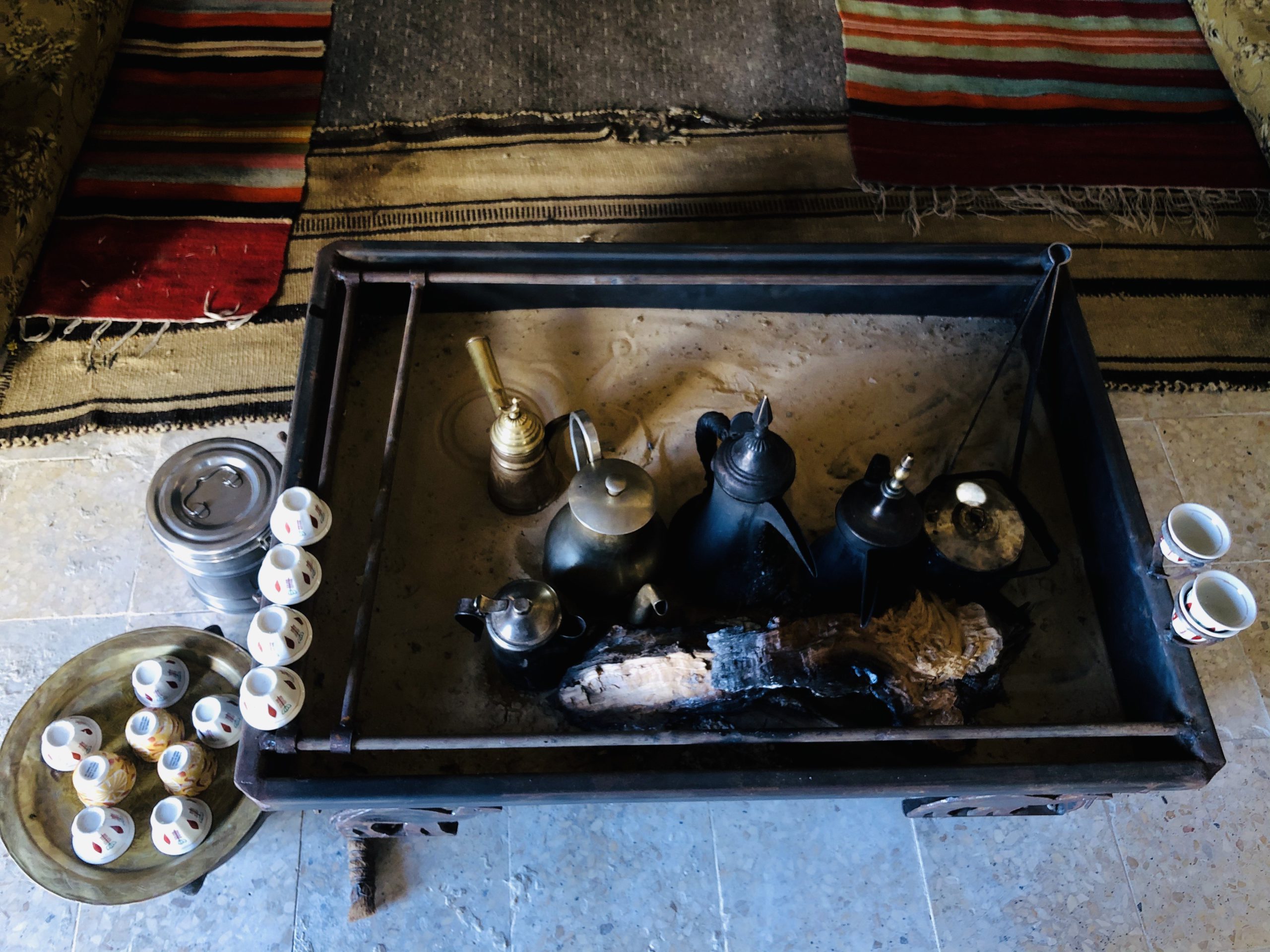 “It feels like walking into one of my grandfather’s stories. I relived the details of our ancestors living in the occupied Palestinian villages,” she said.

Saleh said that she would bring her children to visit the baykah in the future.

Ghassan Weshah, head of the history and archaeology department at the Islamic University in Gaza, underlined the importance of reminding future generations of Palestinians of their roots.

Speaking to Anadolu Agency, Weshah said baykahs are a proof of Palestinian existence before the Israeli occupation.

“The best way to save history is by maintaining our heritage monuments as possible as we can because seeing is better than hearing or reading in books,” he said.

US stocks end higher in 1st session of new year