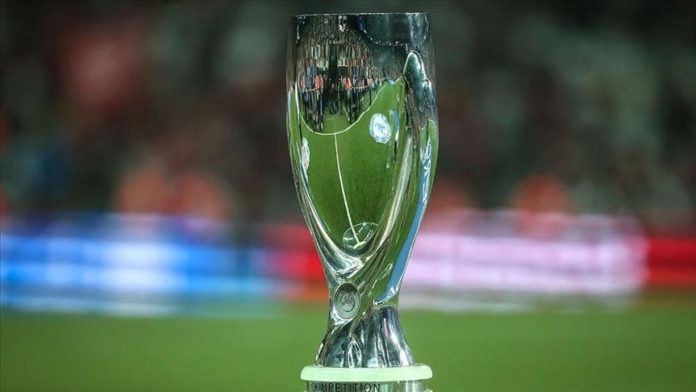 With a 68,000-seat capacity, Budapest’s Puskas Arena is set to host the Super Cup match, which is a single-legged final between the latest UEFA Champions League winners Bayern Munich and Europa League champions Sevilla.

The Puskas Arena is home to the Hungarian national team. Hungary honored football legend Ferenc Puskas by naming the stadium after him when it opened in 2019.

The UEFA will test a new normal environment amid the coronavirus pandemic as it will allow reduced number of fans to access Puskas Arena for this year’s Super Cup.

“The UEFA Executive Committee today decided to allow the 2020 UEFA Super Cup to be played on 24 September 2020 in Budapest with a reduced number of spectators – up to 30% of the capacity of the stadium – in order to study precisely the impact of spectators on the UEFA Return to Play Protocol,” UEFA said in a statement on Aug. 25.

Thursday’s match will kick off at 1900GMT.

Anthony Taylor from England will be the referee for the game.

Bayern Munich were the 2013 Super Cup winners, meanwhile Sevilla earned it in 2006.

Italy’s AC Milan and Spanish team Barcelona are the most successful clubs in Super Cup history, winning this trophy five times each.