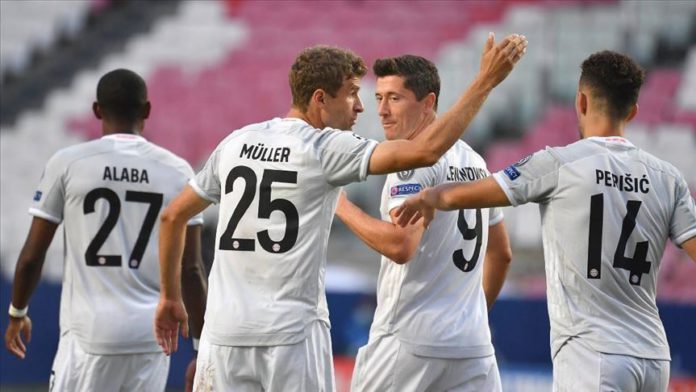 Bundesliga club Bayern Munich moved to the semifinals in the Champions League after hammering Barcelona 8-2 in an epic game at the Estadio do Sport Lisboa e Benfica on Friday.

Barcelona’s goals were scored by David Alaba (own goal) and Luis Suarez.

Thomas Muller scored 46 goals in the Champions League, equaling Filippo Inzaghi’s tally as he also produced five goals in five games against Barcelona in the tournament.