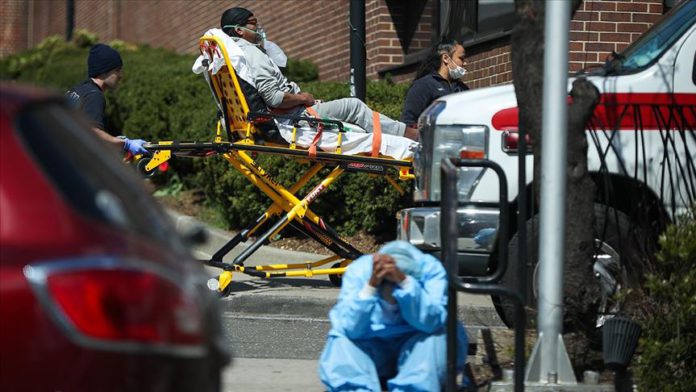 Along Wisconsin’s Lake Michigan shore, beach-goers who happen to support Donald Trump are still holding out hope for the one thing that may save him: that voters remember the mostly economic boom during his presidency and not the mostly economic bust during the coronavirus pandemic.

“Trump did more in that first year than what we saw in the eight years that [President] Obama was in office,” says Angela Cicero, a young woman soaking up the sun. “From an economic standpoint, that’s the kind of leadership this country needs.”

“As a person of color,” says Ray Calderon, “I’m really happy with the [pre-pandemic] record low unemployment rate of Blacks and Hispanics.”

And is Trump going to win?

Nationwide polls suggest otherwise, and more worrying for Trump is the latest poll in Wisconsin, which shows him trailing his Democratic challenger Joe Biden by five points. Trump trailed in the polls here in 2016 but narrowly won the state.

Trump is scheduled to hold a rally in Wisconsin this weekend, two weeks after two planned rallies here were canceled because of his coronavirus diagnosis.

And on that point, William Schalk, a retiree in the village of Wind Point, Wisconsin, says Trump’s diagnosis is emblematic of a bungled response to the pandemic.

“He didn’t protect himself, and it seemed to be inevitable,” says Schalk. “It catches up with him, and he goes into states where everyone tells him to wear a mask and he blows right through it.”

Coincidentally, the virus is now surging in Wisconsin with over 161,000 cases and nearly 1,500 reported deaths in a state of less than 6 million people.

The number of coronavirus cases, hospitalizations, and deaths have reached their highest levels here since the pandemic began. This week, the state is converting the fairgrounds of State Fair Park in Milwaukee into a field hospital.

But it’s hard to know how much blame, or credit, Wisconsin voters will give Trump over the virus, since so much of it has played out at the local level.

In August, the governor ordered a state-wide mask mandate, but there’s an effort in court to get that mandate tossed out, once again led by state Republicans, or, as William Schalk’s wife Barbara calls them, “Too dumb to live.”

And then there is the “enthusiasm gap.”

Biden supporters’ voices remain muffled behind masks as they maintain social distancing and rely on humble yard signs to get their message out.

But that doesn’t necessarily mean Trump is winning.

“I wouldn’t say that there’s a lack of enthusiasm for Biden,” says Paru Shah, associate professor of political science at the University of Wisconsin-Milwaukee. She points out that Biden has chosen to follow COVID-19 health guidelines by avoiding large rallies.

As for Trump and his surrogates, they continue to rally their base of enthusiastic supporters, “but that base is smaller than it used to be,” says Shah.

Trump’s number of base voters is “stagnant” while Biden’s is expanding, particularly among minority voters.

Police around the state say they have never seen so many campaign yard signs being stolen off front lawns, so far out from election day, and both sides are getting hit.

William and Barbara Schalk’s “Biden” yard sign was stolen, so they replaced it with a handmade sign that includes the message, “Stop stealing our sign, it’s a crime.”

“I would think that many more Biden signs are stolen,” says Barbara, “because of the atmosphere that Trump encourages.”

Just down the same street, Cathy Johnson and her husband woke up to find their “Trump” sign stolen along with their neighbor’s.

“All the liberal signs were left standing,” says Johnson, “Which I don’t think is really fair.”

So the Johnsons wrote a cheeky message of their own on a replacement sign: “Before you steal this sign, change your diaper.”

Beyond annoyance, both Schalk and Johnson fear sign stealing is a “bad” sign of things to come.

“There’s been violence before the election,” says Schalk, “and there’s liable to be violence after the election.”

“It’s too frightening,” says Cathy Johnson, “to think of the divisiveness.”

Flocking to the polls

Meantime, the people who do the vote counting on election day are bracing for a huge turnout.

Between mail-in ballots and in-person voting, “We’re probably going to see a 200% increase from the last presidential election,” says Casey Griffiths, the Village Clerk of Wind Point, a Milwaukee suburb along Lake Michigan.

Just about all 50 US states run their elections differently; in some states, where voters have to declare a preferred political party, it’s easier to know which party is ahead during early voting.

That’s not the case in Wisconsin, which will start early voting in the next few days. But there are reports that traditional Democratic strongholds in Madison, the state capital, and Milwaukee, the state’s largest city, are seeing much higher voter turnout this year.

Millions of extra mail-in ballots have been sent to Wisconsin voters this year, as in other states, so voters can avoid the coronavirus fears of long lines and voting indoors. Ballots that get mailed back in have to be postmarked by election day, Nov. 3.

But here, as in other states, a new political division has opened up: with so many more perfectly valid ballots pouring in by mail – but possibly arriving after Election Day – how long should election officials keep on counting?

Republicans want that deadline to be what it’s always been: Election Day itself; Democrats want ballots counted for at least six days after Election Day.

The decision has whiplashed in Wisconsin courts, from the Election Day deadline, then to six days, then, just last week, back to the original Election Day.

And it could still yet change again before Election Day.

“It does make it more difficult [for us],” Griffiths the Village Clerk allows. “I get why both political parties do it, but the issue I have is, getting this information to voters.”

And it’s a headache not lost on one of the judges who demanded the deadline be set at six days and was overruled.

“Good luck and God bless, Wisconsin,” the judge wrote in a blistering dissent. “You are going to need it.”