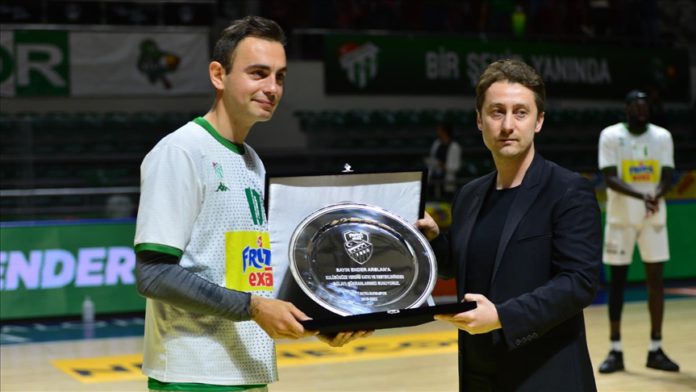 Frutti Extra Bursaspor paid tribute to their 38-year-old playmaker and captain in a pre-game ceremony that saw Arslan burst into tears.

The team put video of the ceremony on Twitter.

In the video, the ING Basketball Super Lig club from Turkey’s West presented a silver plate to Arslan for his contribution and his No. 10 jersey was raised to the rafters.

In the ceremony, his teammates, coaching staff and team executives applauded Arslan to honor the experienced guard.

He started his career in 2000, playing for Istanbul’s Anadolu Efes, formerly known as Efes Pilsen.

He helped Galatasaray win the Turkish league in 2013.

He played for Frutti Extra Bursaspor since the 2019-20 season.