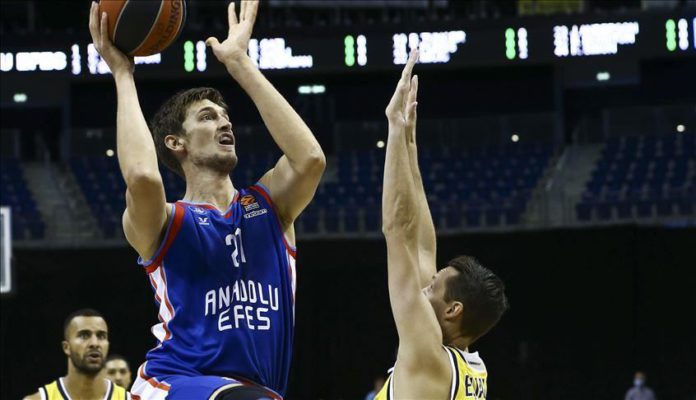 The playmaker was on fire in the EuroLeague Round 8 at OAKA, scoring 33 points for the Turkish victory.

The Greek side led 22-21 at the end of the first quarter and headed to the dressing room in front 40-36 at the half.

But Anadolu Efes staged a comeback and took the lead 59-54 to start the fourth quarter.

The last stanza saw a thrilling struggle for both teams as Anadolu Efes scored 21 points. Panathinaikos OPAP racked up 23 but fell short as the Istanbul team was able to prevail.

Micic was the game’s top scorer

The Greek team’s highest scorer was US guard Shelvin Mack who had 18.

The Turkish team will play a Round 5 game against France’s LDLC ASVEL Villeurbanne next month. It was previously postponed amid the coronavirus pandemic.

Panathinaikos OPAP goes to 2-4 this season and will play a Round 3 game against LDLC ASVEL Villeurbanne in December.

The Greek club did not play Round 6 against Russia’s Zenit St. Petersburg last month because it was suspended by organizers for health reasons.