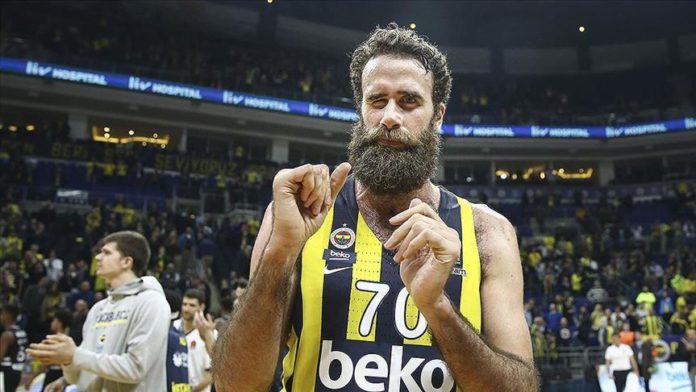 ”Gigi Datome has been wearing our jersey since the 2015-2016 season and he played an important role in historic successes we achieved during this period. He ended his contract with our club, and decided to join another team,” the Istanbul club said.

Datome, it added, was a key figure of team spirit in the dressing room.

”We thank Gigi Datome, who has taken his place among the unforgettable moments of Fenerbahce, for his contributions to our club and wish him success in the rest of his career.”

Datome thanked the club and his fans for the “support and trust” all these years.

”I really want to thank you from my heart. I want to thank my club which allowed me for a new challenge in my career,” he said on Instagram.

”I would like to thank everyone who gave me confidence, responsibility and supported, trusted, helped me to be a better person and teach me how to win. In these five years, I felt that I gave everything for Fenerbahce, but in return I took much more from you.”